The Mind the Malhotras actress shared the secret to her long and happy relationship with director Kabir Khan. 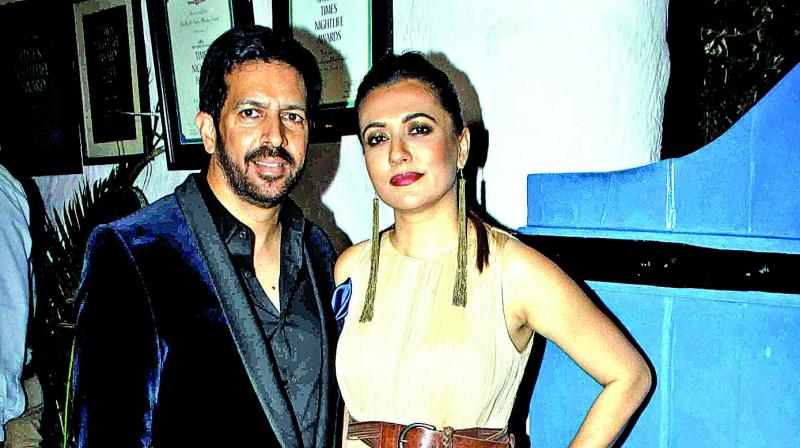 Mini Mathur, who is married to director Kabir Khan, finds that working in the same professions as your significant other helps gain understanding. In the same vein, she feels that giving space to each other is of utmost importance to keep the relationship going. “Yes we have managed to keep our relationship going for more than a decade,” Mini gushes.

The actress will be seen opposite Cyrus Sahukar in Amazon Prime’s Mind the Malhotras, which is about a couple’s mid-life crisis.

Continuing on about her relationship with Kabir, Mini says that relationships are very simple in today’s time. “They are hectic and we have so much exposure, and our hard disks are getting full much faster. I am a true believer in relationships and I believe in marriage, and being friends with your spouse or your boyfriend is important. Having sizzling chemistry needs to be an element as well. It’s a state of constant understanding, keeping communication alive, not taking each other for granted and most importantly giving each other a lot of space,” she says.

Mini adds that it is important to be people rather than a unit, which is the secret to her long-term relationship. “Be it your professional space or personal space, always have each other’s back,” she says.

Recalling her first meeting with Kabir, Mini says that he was a documentary filmmaker who was travelling around the globe. “I was an MTV VJ. We respected each other’s work and never put each other’s work above each other. We believe in equality, and most importantly he is my buddy. We discuss every aspect, and as parents, we are very consistent. Even if we don’t agree on certain things, we keep a united front for our children,” she reveals.

As for their roles in the family, Mini says that she is the tough one and Kabir is more easygoing. “He lets me set the rules for most things at home. He goes along with my opinion on whatever I decide on the home front.  He is far easier going, more than I am. I think, at times, I am a witch in my head, and he may think I am witch on a flying broom, but he doesn’t tell me that,” she says, adding that though she is the primary caregiver, her partner has a better perspective on things.

Elucidating further on her relationship, Mini says: “I’m a wonderful organizer and we women multitask. We run our kitchen, raise our kids and go to work. I am passionate about cooking and keeping the house good, and the kids have turned out wonderfully obedient and disciplined. They are pillars of my strength. Indeed you need structure in life if you are running a family.”

As for Kabir, Mini says that her husband is an optimist and doesn’t talk about negative things. “His communication and emotional quotient could be higher, but he has got a lot of positivity in mind,” she says.

Speaking about her family, the television host adds that her mother-in-law lives with her and Kabir, and takes care of the children when she is not at home. “We believe in a joint family. I love the fact that there are people at home, somebody who can warm the food.  She (mother-in-law) sits and chats with me while I eat, when I reach home even at 1 am. It gives you a sense of family,” she concludes.