‘No scope of Ayushmann Khurrana in my film’

The film is reportedly based on two women from different age groups, and also deals with the subject of urban existence and conflicts. 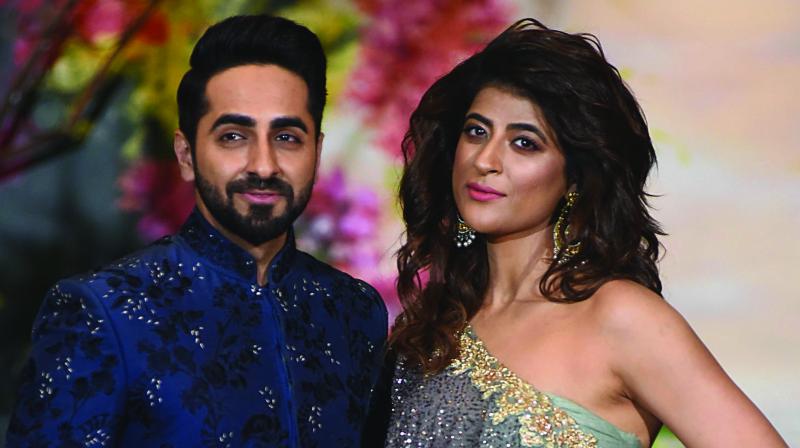 Tahira Kashyap, who continued working even after being diagnosed with breast cancer, is indeed an inspiration. The Toffee director is all set to make a feature film, tentatively titled Sharma Ji Ki Beti. Talking about the project, she says, “This is about women, and we are going to keep it at that for now. I don’t want to reveal much about the film, it’s too early. There is no determined time period for when we will start this project. But I am looking to start this at the earliest.”

The film is reportedly based on two women from different age groups, and also deals with the subject of urban existence and conflicts.

Meanwhile, her husband Ayushmann Khurrana is turning tables at the box office. While he is busy promoting his latest film Article 15, we wonder if he will also be seen in her film?

The director says there is no scope for him to be a part of it for now, “but let’s see what happens.”

Adding further, she says, “For now, it’s only about women. Ayushmann is also busy with his other commitments and his wife I am only proud of his choices.”

Tahira also shut down rumours about Madhuri Dixit Nene playing a role in her film. “That’s all speculation, there is nothing confirmed. A lot of names comes up there were no formal announcement but it’s not true that we announced it,” she concludes.