Babumoshai Bandookbaaz’ is the film, which will reminisce you of Nawazuddin Siddiqui’s ‘Gangs of Wasseypur.’ 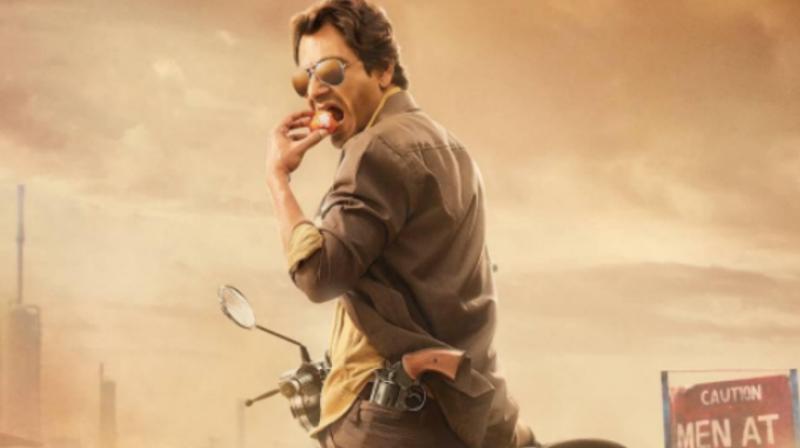 The actor seems to be in his consistently phenomenal form as a hitman, in the first trailer of Kushan Nandy's 'Babumoshai Bandookbaaz'.

Mumbai: ‘Babumoshai Bandookbaaz’ is the film, which will reminisce you of Nawazuddin Siddiqui’s ‘Gangs of Wasseypur.’ The film shows ample glimpses of his genius performance that the nation fell in love with.

‘Babumoshai Bandookbaaz’ is the film that Chitrangada Singh opted out of, thus giving way to actress Bidita Bag, who outshines in the trailer of the film.

At the trailer launch of the film on Tuesday, an excited Bidita, who replaced Chitrangada, says, “I was waiting for an opportunity like this, where I could give an impressive performance and getting to work with Nawaz sir was a bonus. I am thankful to her (Chitrangada Singh) for leaving this role and I got it. Working with someone of Nawazzudin Siddiqui’s calibre makes me proud.”

The trailer of the film shows Nawazuddin as a sharpshooter, who takes a contract for killing people. He’s also seen sharing a passionate lip-lock with co-actress Bidita Bag, and for the actor that he is, the scene has turned out to be an amazing one.

When asked him his experience about his first kissing scene, the actor, who’s currently being lauded for his stellar performance in Sridevi’s ‘Mom,’ shyly said, “I was extremely nervous, as this was my first lip-lock scene. I’ve never done something like this earlier in my career. I was nervous, yet at the same time, I was enjoying the kissing scene. When you’re doing a scene, one has to totally concentrate on the scene and not get distracted.”

Now that Nawaz is an established actor when quizzed him about being over-cautious while selecting films, he says, “Of course, whenever the time comes, every actor wishes to do films with good scripts. I pick a script which makes me feel like I have done good work.”

However, also that he has set his foot tight in the industry, and has made a mark of his own through his exceptional and stellar performances, the ‘Mom’ actor was interrogated if he has started to reject films more often than earlier, to which Nawaz gave a heart-winning response.

“I don’t have the stature to reject films. But there are many reasons to reject a film; a character shouldn’t resemble an earlier character that I have played. After ‘Gangs Of Wasseypur,’ I got around 200 scripts, if I had signed them then, you wouldn’t get to see me in this film. There comes a time that you have to think and act. I have seen a lot of friends being greedy on signing films, and failing,” said the actor.

Clearing the air about Chitrangada’s exit from the film, director Kushan Nandy stated, “There were multiple issues with her, we might need another press conference for that. She had my script with her for one and a half years. The script was detailed, it had everything specified and even then if someone has any problem, I can’t force anyone.”

He continued further saying, “There was no issue of intimate scenes because she had already shot for it. She had issues with the script and wanted few things to be changed. It was her decision. I’m very happy with the way my film has shaped up with Bidita.”