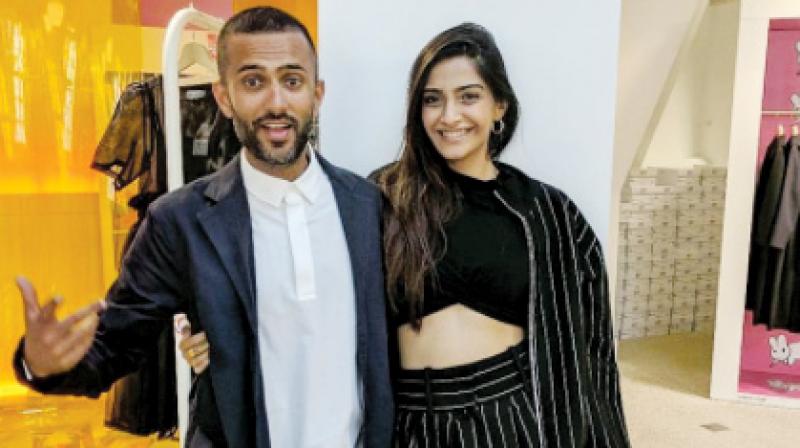 Rumours are rife that Sonam Kapoor is looking to tie the knot with her beau Anand Ahuja and the Kapoor khandaan couldn’t be happier.

If sources from the Kapoor khandaan are to be believed, then there will be a wedding in the family soon.

Anil’s eldest offspring, Sonam Kapoor, has found her life partner in Delhi-based entrepreneur Anand Ahuja. And father Anil, who tied the knot with his sweetheart 37 years ago after a year-long courtship, is urging his daughter tie the knot at the earliest.

A source close to the family says, “Since Sonam is sure of her feelings for Anand, her father feels there is no need to delay the marriage. Of course, friends are advising Sonam and her dad against her marriage so soon, as they believe it would affect her career. But Sonam is not bothered about such things. They will marry as soon as they both sort out the practical issues.”

The good thing about Anil’s future son-in-law is that the bride’s father likes him.

“Not only Anil, Sonam’s entire family dotes on Anand,” says the family friend. Well, we can’t wait to hear the good news.