Entertainment   Bollywood  11 Jul 2018  I am sensitive like my mother: Janhvi Kapoor
Entertainment, Bollywood

Janhvi says growing up in the film environment has played a great role in shaping her life. 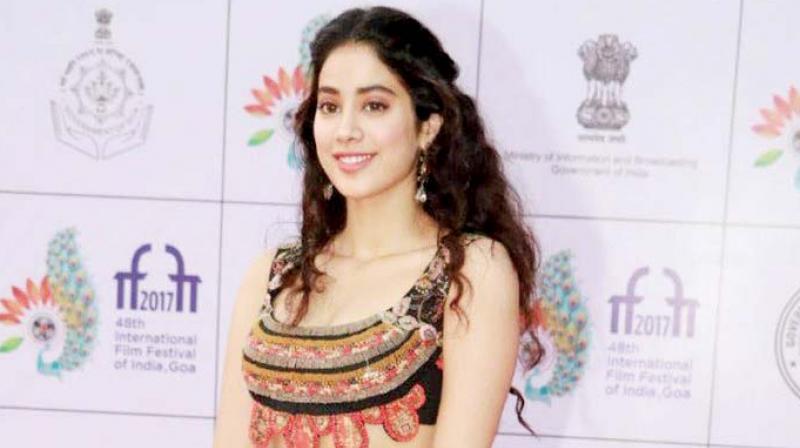 In a candid chat, actress Janhvi Kapoor, who’s gearing up for the release of her debut movie, Dhadak, opens up about her childhood, her love for acting and memories of her mother, late actress Sridevi.

All eyes have been on Janhvi Kapoor ever since her film Dhadak was announced. With the film gearing up for release in July, late actress Sridevi’s daughter is aware of the expectations people have from her.

An optimistic Janhvi reveals that acting has been her dream since childhood. “At college, I was pursuing a course in arts and fashion. While enacting a scene as a part of the course, I felt drawn to acting. Acting ka keeda toh bachpan se hi tha...toh uska nasha aur bhi sar chadh gaya (I had the acting bug since childhood, that just took over me). That’s when I told my mother I wished to come back and try my hand at acting.”

Recalling her memories of Sridevi, Janhvi says she was a strict mother, who always had a practical approach. “My mother gave the first clap for Dhadak. That will always be a special moment for me. She had watched a few rushes of the film and advised me not to wear so much make-up. So I haven’t worn too much make-up in the film,” she says.

When asked if she’s had to face any ‘star kid pressures’, she says, “I never suffered a personality crisis as a child. I was loved a lot by both my parents. While shooting too I did not have any such pressures.”

Talking about her similarities with her mother, she says they both shared a love for sweets. “Mama ki tarah mitthai ka bahut shok hai (Like mom, even I like sweets a lot). I am also sensitive like her,” says Janhvi, who adds that she has similarities with her father, Boney Kapoor, too. “My father has an instinct for movies. I too sometimes make predictions about films that have come true.”

Janhvi says growing up in the film environment has played a great role in shaping her life. “I travelled a lot with mom and dad, attending film shootings mostly. My interactions with people, their behaviour and so on, have shaped my moral compass. Sab kuch maine isi vatavaran se hi seekha hai (I have learned everything from this enviornment)!”

She narrates a fun incident from her school days. “Once, when I was not chosen for a dance competition I went to the dance teacher and started dancing in a crazy manner. Since I was plump, while dancing, my tummy started shaking. The teachers and my friends were taken aback! I lied to the teachers that my mom and dad had invited Shakira to teach me dancing. They were awestruck and asked mom too. My mother told me not to lie.”

The young actress says that she’s even ready to work in the South. “I am open to working down South too. I have just begun. I am not a huge star to put any conditions. I would like to opt for any good scripts I receive,” she concludes.