There are multiple reasons why fans should be excited to see the actress in the Anil Kapoor and Rajkummar Rao starrer drama. 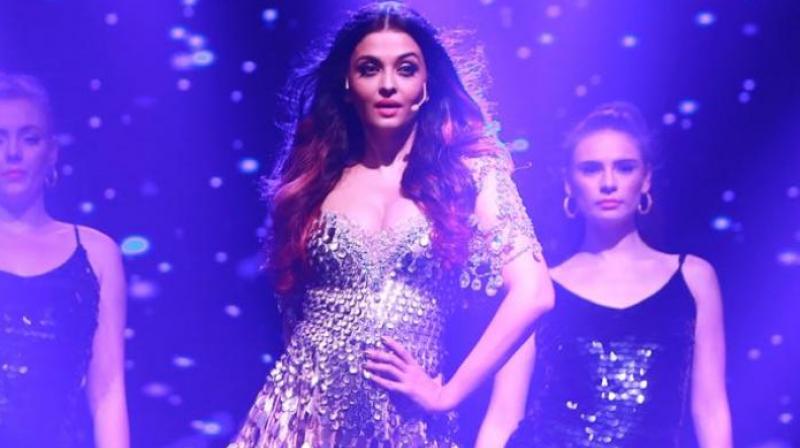 Aishwarya Rai Bachchan in a still from ‘Fanney Khan.’

And there are multiple reasons why fans should be excited to see the actress in the Anil Kapoor and Rajkummar Rao starrer drama.

First, Aishwarya will be seen on the big screen after close to two years, post a special appearance in Karan Johar’s ‘Ae Di Hai Mushkil’ starring Ranbir Kapoor and Anushka Sharma in 2016.

Second, the actress is seen dancing with typical Bollywood-style steps in a grand song after a gap of eight long years, last being ‘Udi’ in Sanjay Leela Bhansali’s ‘Guzaarish’ in 2010.

Third, there is an extremely important reason why Aishwarya gave her nod to the venture.

As seen in the trailer, the story is about a teenage girl, who is mocked for her weight amid her ambition to become a singer, and Ash felt it was an important issue to be highlighted.

“When Rakeysh Omprakash Mehra and director Atul Manjrekar narrated the script to her, she was drawn to it because of the theme of fat shaming, which she feels, needs to be addressed,” a source was quoted as saying in a DNA report.

But then, there’s a bad news for her followers as well. Like ‘Ae Dil Hai Mushkil’, she will be seen for a brief duration again, as the story revolves around Anil Kapoor’s family, Pihu Sand and Divya Dutta, and friend Rajkumar Rao.

“Aishwarya has a short but interesting role in the movie. She’s barely in it for around 15-20 minutes, so it’s a special appearance. She shot for around 12-13 days with Anil and Rajkummar Rao. Two songs — a dance number and a love track — have been filmed on her,” the source told the daily.

After two special appearances, Aishwarya would surely be keen to make up for fans’ bittersweet feelings with a full-fledged lead role soon.