Ananya shared a picture with her besties Suhana Khan and Shanaya Kapoor on her Twitter handle. 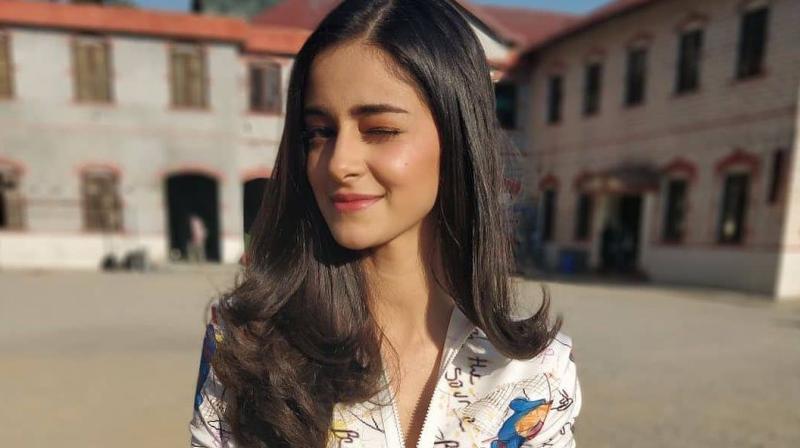 Mumbai: Ananya Panday recently launched an initiative called So+ against social media bullying. The actor tries her best to curb social media trolling with positive thoughts. However, she herself got trolled recently for her latest Twitter post.

Ananya shared a picture with her besties Suhana Khan and Shanaya Kapoor on her Twitter handle. But in a caption, Ananya made a spelling mistake. Instead of writing ‘Charlie’s Angels’ Ananya wrote, ‘Charlie’s Angles.’

A few hours later, Ananya realised her mistake, corrected it with a new post. But unfortunately, social media troll didn't spare Ananya as they started trolling her for a mistake.

intelligent #AnanyaPanday 😂😂😂 while everyone is busy with the match she silently retweeted it😝 literally it took 3 freaking hours to realise her mistake.🤦🤦🤦 that's how it'll be when u r a NEPOTISM SCHOOL graduate😉#INDvNZ #CWCUP2019 #CWC19 pic.twitter.com/ft20p80yPg

@ananyapandayy WHY DID YOU DELETE THE PREVIOUS TWEET???
WHAT WAS IT???... 🤔 pic.twitter.com/heEzzUHB1y

This is the deleted Tweet from student of the year.😁😁😁

Earlier in an interview with Deccan Chronicle, Ananya said, "Through this initiative, I want to build a community which is against social media bullying. I will be posting details about bullying and information about what people can do to report bullying. We would lobby for social media empathy and constructive criticism with this initiative. For example, how they can report and block bullies on social media platforms such as Snapchat and Instagram. I will also give out numbers of certain counsellors whom they can get in touch with, besides creating a direct line with me to talk sometimes about the issues they are facing."

On the work front, Ananya will next be seen in Pati Patni Aur Woh opposite Kartik Aaryan and Bhumi Pednekar. The film is scheduled to be released on December 6, 2019.