The beautiful Nora Fatehi, within a short span of time, has carved a niche for herself in Bollywood. 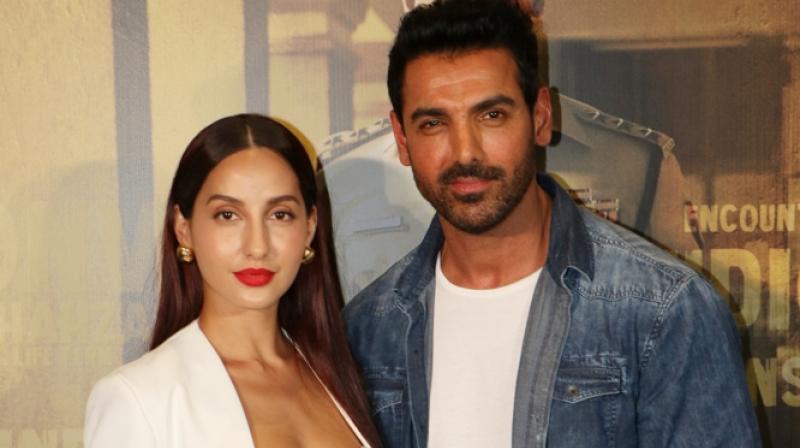 Mumbai: The beautiful Nora Fatehi, within a short span of time, has carved a niche for herself in Bollywood. And whoever has worked with Nora, only has praised for this hard-working girl. Recently, her Batla House director Nikkhil Advani and co-star John Abraham had the nicest things to say about her at the trailer launch event of the film.

During the launch, when the emcee for the event quizzed Nora, who has worked with John earlier in Satyamev Jayate if she was John’s lucky charm? John instantly said, “She will be. After 15th (August) you’ll understand why.”

Well, it was not just John who had some sweet things to say about Nora, Batla House director – Nikkhil Advani soon took over the mike and said, “Further adding to what John said; When we showed the movie to the subjects of the real encounters, they were really moved by the film. Then they added that now when anyone will Google Batla House, the first person’s face to appear would be Nora Fatehi.” Now, that’s quite a compliment.

Nora was indeed humbled by the comments and said, “I am so grateful that I am in the film, that I am a part of this project and that John Abraham, Nikkhil sir and Bhushan sir and all of them have put faith in me, and given me this opportunity. I am really grateful to them. Thank you, everyone.”

After Batla House, the pretty lass, who has now decided to focus more on her acting, will be seen in Street Dancer 3D alongside Varun Dhawan and Shraddha Kapoor.