Rakeysh Omprakash Mehra was recently in town and talked openly about films, corruption and new projects. 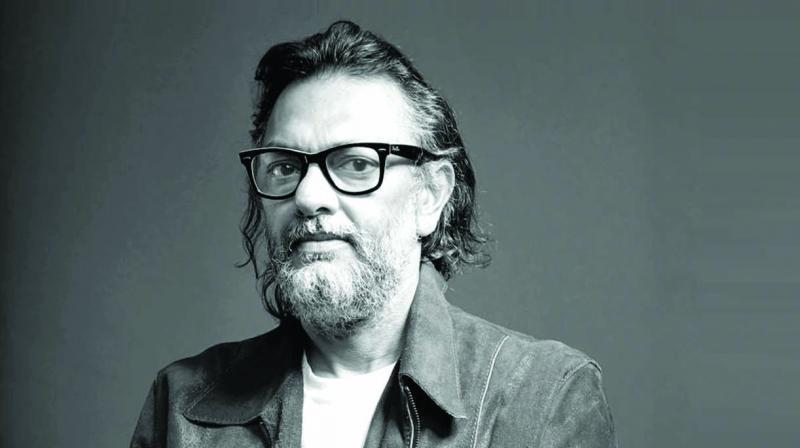 Rang De Basanti, a film hailed for being ahead of  its time and relevant to the society even after 12 years of release in the way it showcased corruption, has been the talk of town yet again. According to the director, “It is rather disheartening than cheering to see the film being relatable to the audience till date.”

Rakeysh Omprakash Mehra’s films have been known to touch the lives of people from all paths of life. The director was recently in town to attend an event and conduct an analytical masterclass at The Screening Room, where he said, “gali gali se kahani aani chaiye… (Stories should come from every nook and corner). He also denoted, “A story can be and should be conceived  wherever and whenever possible. If a Delhi girl wants to direct a movie, she has to travel all the way to Mumbai for the same which makes it rather a d,ifficult and de-motivating process.”

As a veteran director with more than a decade of experience in the industry, he also opined upon the importance of analytical powers to disseminate a film’s content.

Mehra agreed to the fact that the star system in India has reduced in the past few years. People have been inclined towards content than the cast and that is due to artistic freedom. The Bhag Milkha Bhag director says, “In a country like India, where there is always a hush hush about sex, kamasutra is present everywhere. There is mention of sex on the sculptures of the temples. Thus, it is high time where one needs to understand that stories need to be told very openly without being bound in different rules,” He adds, “It is only possible to produce fresh content when people interact about the reason of believing in a story rather than worrying about whom to cast in a movie.”

The 56-year-old had a strong gut feeling that films can do good and bad with the same concept and exact similar star cast. What makes the whole scene change is the presentation and belief in the story. “The same set of incidents that happen is written by three people in three different ways including their own point of view and giving the incident three different directions,” he suggested.

Rang De Basanti (2006) is one of Rakeysh’s critically acclaimed films.

The niche film clubs in our country screen internationally acclaimed content and frequently hosts sessions call attended by India’s celebrated auteurs. Whereas, this time the scene was different where an Indian movie with an audience band of audience from different age-groups was analytically criticised by the director and the audience  at the same time.

The Screening Room, which arranged an evening for the movie buffs, is an endeavor by pvr that envisions offering a platform to the movie lovers to engage, co-create, collaborate and socialize with like-minded people around the world of cinema. Rakeysh, delighted on the introduction of such a platform, chirped, “I feel delighted to associate with such an initiative; these platforms will help creative minds to connect and prosper together. A concept for a film can originate from deep discussions with like-minded people. I am sure movie lovers will appreciate our initiative and the response in Delhi will be equally positive.” The first-of-its-kind initiative in the heart of the capital witnessed an overwhelming response from the netizens on its first screening, followed by an in-depth discussion on exemplary cinema with the notable filmmaker.

Now, if talked about Draupadi or Sita and their representation through the pen of different narrators can have hell and heaven difference.

However, it is completely up to the author how much believable he can make the story. Is he planning to make the same? Well, let’s hope for the best.