‘Trishala part of Dutt’s past’

Trishala is Dutt’s only child from his first marriage to actress Richa Dutta. 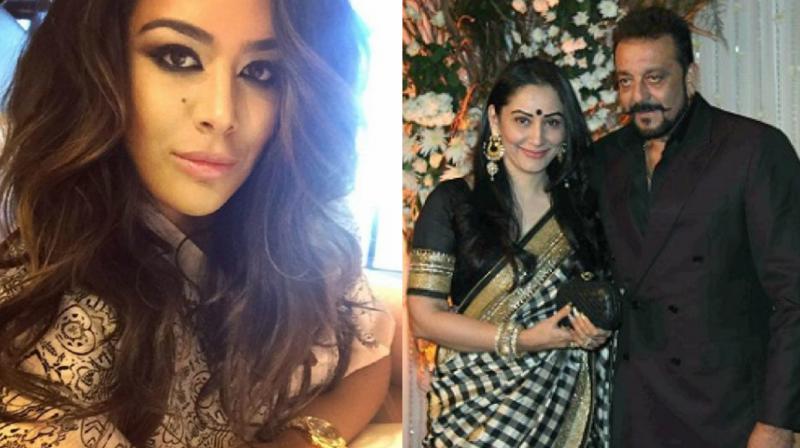 Trishala Dutt, Sanjay Dutt’s eldest born, who lives away from her father in the US, recently lost her boyfriend.

Her heartrending post about the loss melted even the strongest heart. But not Sanjay Dutt’s. According to sources close to the actor, Dutt didn’t even bother to reach out to his daughter in the US even at the time of the tragedy.

This is not the first time that Dutt has chosen to stay away from his daughter’s domain of existence. In January this year, he was severely pulled up for only wishing his  daughter from his third marriage, Iqra on social media and for not even mentioning Trishala on the National Girl Child Day.

Trishala is Dutt’s only child from his first marriage to actress Richa Dutta. The couple separated a few years after marriage and Richa moved to the US to live with her parents. She later died of cancer, leaving Trishala pretty much on her own all through her teens and now, adulthood.

A friend of Sanjay Dutt observes a pattern of behaviour here. “There is certainly a pattern of paternal neglect here. From the time she was born, Trishala has been neglected, if not entirely ignored by her father. For a child whose mother passed away soon after she was born, not having her father around must be deeply wounding. But that is the reality Trishala must face. For Sanjay Dutt, his third wife Maanayata and their twin kids are family. Trishala is a part of his past,” shares the friend.

Probably, the worst blow that the young brave girl suffered was when the biopic on her father’s life completely edited her out.

Appallingly, there was not even a passing mention of Dutt’s eldest child in Raj Kumar Hirani’s Sanju. Apparently, that’s how Dutt wanted it to be in the film. Meanwhile, Trishala, the gutsy Dutt scion living all on her own, far away from home, did not say a word in protest. But filmmaker Mahesh Manjrekar, a former close friend of Dutt, says it was wrong for the biopic to ignore Trishala.

The biopic was only doing what its subject matter has been doing for years. One doesn’t know why Dutt has no time to show some affection for his daughter in the US. But Trishala will one day ask her father why she doesn’t figure in his family portrait, at which point, Dutt will probably have no answer. When has he ever taken responsibility for his actions?