Want to do comedy: Tisca Chopra

Despite most of her characters so far being more serious, the actress asserts that she is far from that in real life. 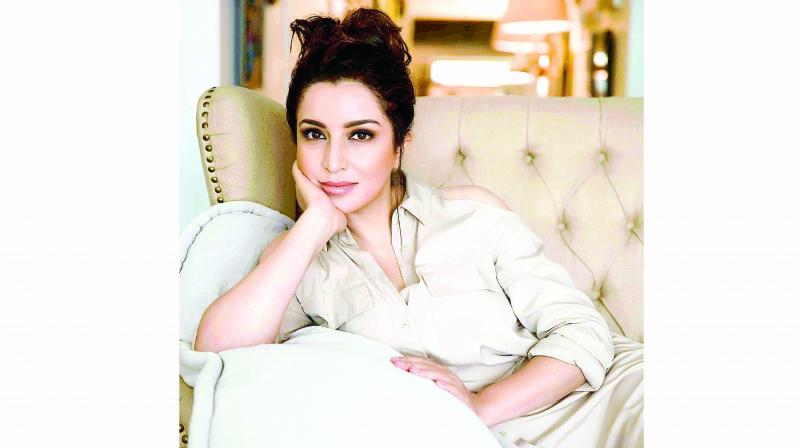 From a loving and caring mother in Taare Zameen Par to a complex housewife in short film Chutney, Tisca Chopra carries with her a mixed bag of roles.

The 24 actress has thrived not only as a conventional Bollywood heroine, but also as someone that industry relys on to pull off pivotal roles.

Tisca has now ventured into the digital space with National award-winning director Sudhir Mishra’s Hostages, where she plays Dr Mira Anand. “She is powerful and wonderful. She’s sassy, stubborn and yet her moral compass points true north, and she won’t bend her morals for anyone. I loved her spirit and enjoyed playing her,” says the actress, for whom more than the medium, it is the director who affects her choice.

“If you were to do a Sanjay Leela Bhansali or Anubhav Sinha film, your aesthetics would be very different from gritty, real or reality-based series,” she explains.

As for her choice of roles, Tisca says it’s instructive. “Choosing a character that you want to play happens as soon as you read the script. When you start reading, images start forming in your head. You start visualising certain things and impulses start to kick in. It has to be something that resonates with you,” she says.

The actress’ foray into short films is equally gripping as her commercial cinema, as can be seen in Chutney and Churri. Having said that, the Taare Zameen Par actress loves playing characters that are strong. And despite most of her characters being more serious, Tisca asserts that she is far from serious in real life.

“I am keenly looking to do a comedy now, but some clever writing, more in the Woody Allen space. I like irony, subtlety, and satire, but unfortunately very little of that kind of writing happens in India. I love Shoojit Sircar’s Vicky Donor; that was darkly funny in parts. Chutney was darkly funny too. I like the kind of funny that makes you laugh a minute or two later. If someone comes to me with a good script, I will jump at it,” she laughs.

The actress is optimistic about the rapidly changing industry, and is busy reading several wonderful scripts. Also, she has written a feature film that will go on floors by the end of this year.

However, she takes only her job seriously, not the frills that come with it. The philosophies of Nichiren Daishonin’s Buddhism has helped her with this. “I do Yoga, meditate and chant. I have been practicing Nichiren Daishonin's Buddhism for about 20 odd years and it’s most certainly a wonderful grounding philosophy. Also, I never lie to myself, I am brutal in that sense. This doesn’t allow me to take this whole adulation, praise or even the criticism, too seriously,” she concludes adding that a sense of humour helps her deal with eccentric people.