The musician, who will be seen in Khandaani Safakhana, reveals that he has been offered acting roles a couple of times in the past. 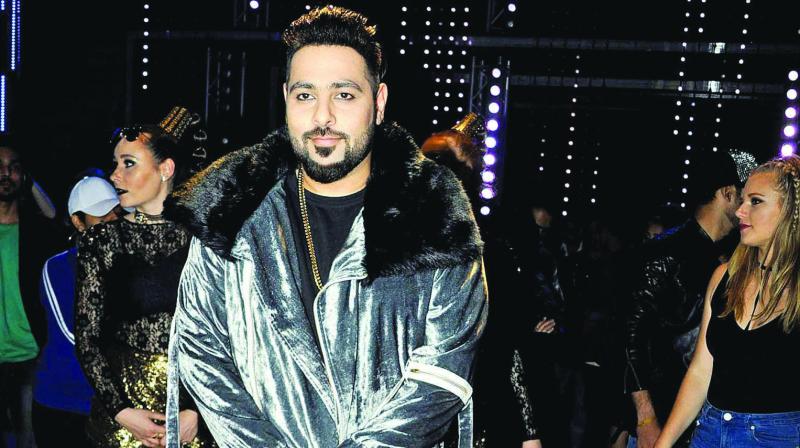 Rapper and composer Badshah’s loyal fan base has followed him through every phase of his career: Be it his provocative lyrics from songs like Nothing Dirty and Vroom Vroom, to his more universal party tracks like Let’s Nacho, his fans have only grown in number.

It is no surprise then that his fans are just as eagerly awaiting his foray into acting.

The well-known musician, who has previously rejected many Bollywood offers, can now be seen on the big screen in the Sonakshi Sinha-starrer Khandaani Shafakhana. In a candid chat, the musician speaks about why he has shied away from acting until now, his fans, being offered projects related to sex, and more.

This is not the first time you have received offers for acting. What made you change your mind for this film?
I had reservations this time as well. I read the script and did like it, but I did not think of taking it up. They asked me to take up the offer, I told them I will think and let them know. (Producer) Bhushan Kumar told me that I have been finalised for the film and that I should go on the sets the next day. It was an easy atmosphere on the sets, and so it just happened.

What kind of acting offers did you get before, and what made you say no them?
I had got an offer to do Vicky Kaushal’s role from Lust Stories. But I felt “how can I do this role?” So when I saw the film, I felt that Vicky was exceptionally good.

I was also offered Diljit Dosanjh’s role in Good News, and the makers were really keen on having me on board. Things were almost going to be finalised, but something did not work out. I think Diljit is a better actor than me.

I also think Khandaani Shafakhana was a more comfortable setting for me. Coincidentally, I had told Sonakshi two years ago that I am getting a lot of acting offers and she told me to take it up. I was like ‘I don’t know acting,’ but she said that I will learn it on the sets. 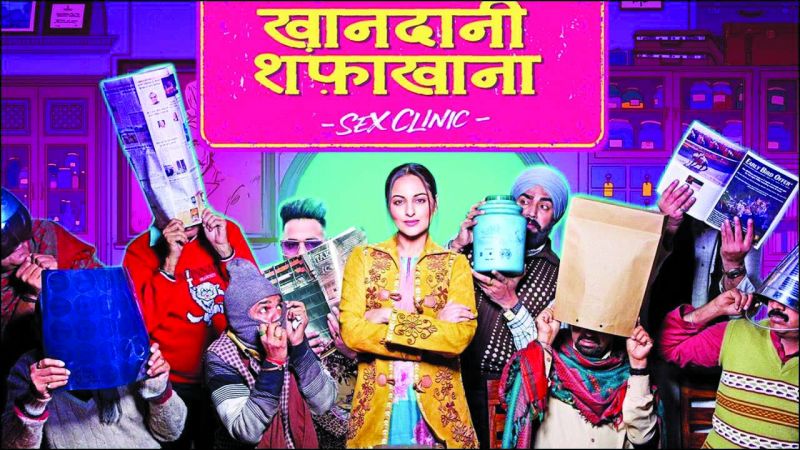 Isn’t Karan Johar upset with you because you rejected two of his films?
I did not reject it literally, but things did not work out for some reasons. Whatever happens, happens for a reason. Good News has come out really well. Diljit is too good in the film.

When you started off as a singer, did you ever have any interest in acting?
No. I had never thought of acting. I used to feel it is very difficult. But I am grateful for receiving such big offers. My primary objective was, is, and will always be music.

Do you think this film was relatively easy for you to do because you are playing a singer in it?
Yes. That was the only easiest thing. The character is very loud. I used to think Mika paaji is very loud, but this character is louder than him. You would want to love and hate him at the same time, and you can’t ignore him.

The role that you got in Lust Stories had to do with sex, and so does Khandaani Shafakhana. Why are you being offered such films?
I was offered a role in Lust Stories in which he is unable to satisfy his wife. In Good News, it was about the couple opting for a test-tube baby, as they can’t conceive. Then Khandaani Shafakhana came my way, so I was like ‘why are films that have to do with sex being offered to me?’. I did this film because I wanted to break this jinx.

How difficult was it to face the camera as an actor?
I have no clue where the camera is? When you act, you realise acting is not that difficult. But the other technicalities like the mark, angle, light, etc are. So you don’t just have to memorise your lines, but keep in mind the mark, the angle, light. It is difficult.

There is a section of the audience, including industry people, who do not like songs that have vulgar or bold lyrics. So would you go by the choice of audience, or your own choice, to associate yourself with that particular song?

I do a lot of things as an entertainer. But as a part of society, I do have some responsibilities and I do not do certain things as well. But there is a perception. And it is up to you and your acceptance for something. If I am purposely associating myself with something that the audience doesn’t like, then it is my fault.

There is so much music out there, and you have the option to listen to it or not. I would never hurt anyone’s sentiments deliberately. If I have done it subconsciously, then I am apologetic about it.

Some of your songs are like that.
(Interrupts) There is an evolution. I had made a song Abhi Toh Party Shuru Hai and it was the cleanest party number; it did not have alcohol or girls mentioned in it. I think with age and time, you mature. There are songs that have bold lyrics and girls wearing bikinis and I don’t go for all this, as I am aware the viewing will get limited.

Will you be more careful with the lyrics?
I am very careful. When you get success, then you lose it sometimes.

Are there any offers for a film to be made on your life?
There are offers, but I feel it is too soon. Similarly, I feel the biopic on MS Dhoni sir’s life came way too early; he is still playing so well. Rappers have become cool.