Sonakshi Sinha is 'shocked' no one's offered her dance film yet!

The 'Lootera' actor also said that now wants to be a part of a full-fledged dance film. 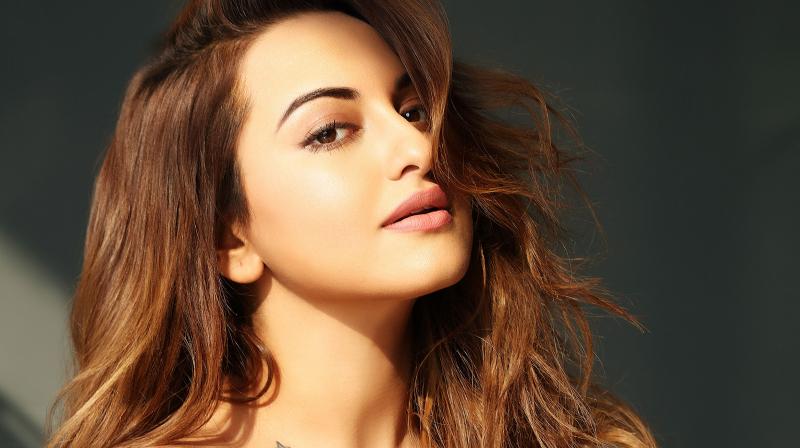 Mumbai: Sonakshi Sinha's love for dance is apparent in her films as well as stage shows and the actor says she now wants to be a part of a full-fledged dance film.

Be it "Saree ke fall sa", "Gandi Baat" or "Party All Night" Sonakshi's dance moves have been appreciated by the audience, so the actor finds it surprising that she hasn't been offered any dance-based movie yet.

"I would love to do a dance-based film. Isn't it shocking no one has put me in a dance film yet? I would love to do that because I love dancing freely and that translates on screen," Sonakshi told PTI in an interview.

While there's some time for a dance film to happen, the actor has her plate full with films like "Happy Phirr Bhag Jayegi", "Kalank" and "Dabangg 3".

While "Kalank" will mark her first collaboration with Dharma Productions, "Dabangg 3" will reunite her with her first film team. The actor made her debut with "Dabangg" in 2010.

When asked if her equation with superstar Salman Khan, her "Dabangg" co-star and mentor, has changed over the last eight years, Sonakshi said, "Honestly no. The dynamic with Salman Khan hasn't changed in the last few years, why will it change in the film. It'll only get better. 'Dabangg' is a home ground, it's a family I began with.

"Just going back to them is always a pleasure. This time around, Prabhu sir (Prabhudheva director) has been added to the film. It just keeps getting better," she said.

Sonakshi got instant fame after playing a feisty village-belle, Rajjo, in "Dabangg", and the actor says the love story between Rajjo and Chulbul Pandey (Salman) will be important in the third instalment of the action franchise.

"Equation between Chulbul and Rajjo stood out in 'Dabangg'. It wasn't only about action which it usually is in a Salman Khan film. That's something the audience likes, appreciates, expects. We can't take that away from them."

Talking about "Kalank", which is a multi-starrer period drama, the actor said contrary to how serious the film is, the cast indulges in many light moments off the screen.

"It's great because you're sharing screen space with such wonderful actors. Everyone gets along really well. The nature of the film might be serious we were very non-serious off camera," Sonakshi said.

"It's an honour for anyone to work with madhuri. We have idolised her. Just to be in the same film with her is a dream come true. She's a living legend."

Sonakshi will next be seen in "Happy Phirr Bhag Jayegi", the sequel to 2015 romantic-comedy "Happy Bhag Jayegi."