No role too small or big: Kirti Kulhari

The actress, who is currently busy promoting Mission Mangal, says she will start shooting for The Girl on the Train next. 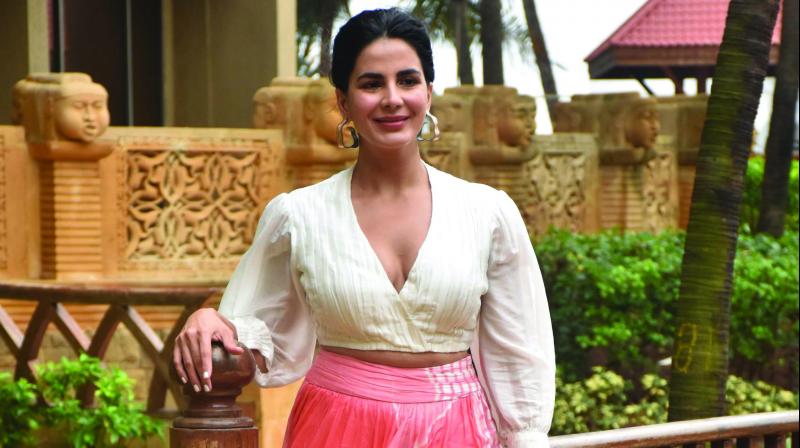 Kirti Kulhari, who started her film journey with Khichdi: The Movie, has slowly become a force to reckon with. The actress played the lead role in Indu Sarkar and has since worked her way up to playing notable roles, including in Uri: The Surgical Strike, and Pink.

The actress, who is currently busy promoting Mission Mangal, says she will start shooting for The Girl on the Train next. “Actually, we have just finished with the promo shots. This new character is very exciting for me, even though I feel a little unprepared. I have read the book, and watched the original movie too. I play a British cop in the film, which will be my second outing with Director Ribhu Das Gupta. I will begin shooting from the 16th of this month,” Kirti reveals.

When asked about whether she looks at roles as small or big, she says that the scale of the role is not what she looks at. “I don’t think about so many things, and I don’t want to start now. If I start thinking about such things, then it will interfere my work. While signing  Uri, if I had to think about having only five scenes in the film, or if I sit and ponder about the reaction of the industry people or the audience, then maybe I would not be here sitting and talking to you guys. These are the things I do not wish to think about,” says Kirti. “If I would have contemplated whether or not I should take this role, then I would have missed Uri. Also, I always wanted to be a pilot. So I am happy I could play one on screen,” she smiles.

As for what she looks for in a character, Kirti says she primarily looks at how the character is interesting to her. “I also look at whether I show the world something important about that character, whose story it is, and is it important to me. Who the director is matters a lot as well; I always think about what the result will be, and if the message will reach the audience. I like to know the team I will work with too, so I keep all this in my mind before choosing any character,” she explains.

She is also working on a Netflix adaptation of Bilai Siddiqi’s Bard of Blood with Emraan Hashmi. “Bard Of Blood is my second project in thd digital space. Playing this character in the web series really gave me a kick. It was a different experience working with Emraan Hashmi,” she says about the project, which is being produced by Shah Rukh Khan’s Red Chillies Entertainment.