Finished! Priyanka Chopra hands in her memoir to Penguin

After a 20-year sojourn in show business, the actress wraps it all up in a very personal book 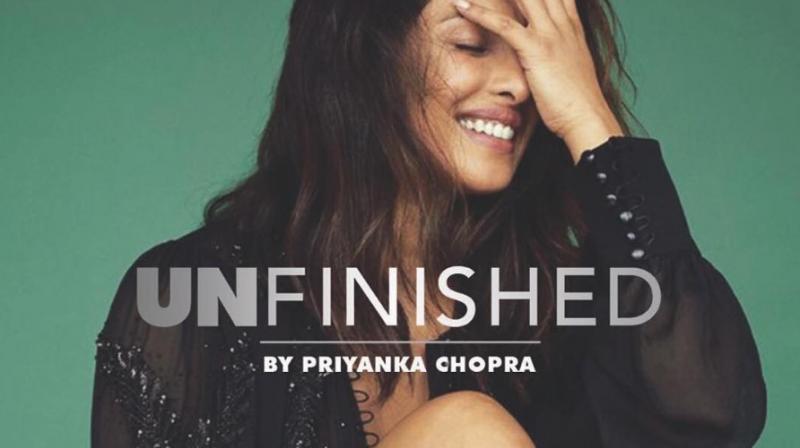 Priyanka Chopra has written a memoir of her time in the limelight.

Mumbai: Trust Priyanka Chopra to cut the pace for her peers in Bollywood. At every turn in her 20-year career, she came up something innovative, something that her jealous contemporaries could not do. Now he's turned to writing. She's just turned in her memor, Unfinished, to the publishers Penguin Random House India.

Unfinished is a collection of personal essays, stories and observations of the 38-year-old actor. It's also the journey of a soldier's daughter, from cantonment to cantonment, and then a dizzy rise to prominence via the Miss World title and then a Bollywood sojourn on her own terms.

Posting on Twitter, Chopra said the book comes from an extremely personal, introspective space. "'Unfinished' is finished! Just about sent in the final manuscript! Wheee! Cannot wait to share it with you all. Every word in my memoir comes from a place of introspection and reflection into my life. #ComingSoon," she wrote.

Priyanka forayed into the entertainment industry at the age of 17 when she became Miss India and went on to win Miss World the following year.

Besides acting in several Bollywood movies such as Aitraaz, Barfi!, 7 Khoon Maaf and Bajirao Mastani, Priyanka earned acclaim for her work as Alex Parrish on ABC's show Quantico, becoming the first South Asian to headline an American network drama series.

She made her Hollywood debut as antagonist Victoria Leeds in Seth Gordon's action comedy Baywatch and followed it up with A Kid Like Jake co-starring Jim Parsons and Claire Danes.

Last year she returned to Hindi cinema with Shonali Bose's The Sky is Pink.

Priyanka also has a production banner Purple Pebble Pictures, under which she produces global TV and film content.