Society is sick and feminism is its medicine: Kangana Ranaut

" Feminism is equality. It is compensation, not a concept," says the actress. 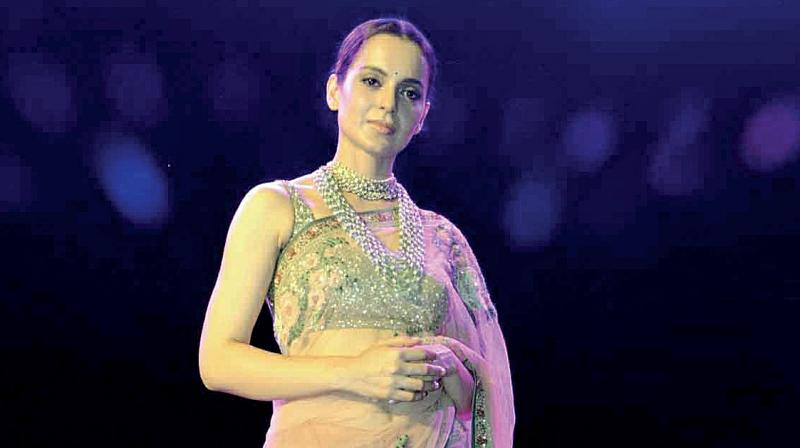 Kangana Ranaut, who is gearing up for her next film, Simran's release, sat down with Asian Age for a quick chat and spoke about her experience in the industry, Simran, Rangoon's failure, her upcoming projects among many other things.

How was your journey from playing Simran in Gangster to your next film Simran?

Well, Gangster is a very important film in my career. It changed a lot in my life. It was like a magic moment. Like in my upcoming film Simran, that magic moment never happened in her life otherwise there is no difference between Kangana and my character. The role I am playing in the film is called Praful Patel but you have to see the film to find out how she became Simran.

Your character in Simran is touted as a free-spirited woman, how different it is from Queen?

So far the roles for women are shown filled with pain and loneliness. For the first time ever, Hansal sir has treated a woman like a human. There is a lot more than love in her life. She also wants to drive a fancy car and eat nice like a man. She has full right to have desires like a man. I am a huge fan of Hansal sir’s work. Though it is a real portrayal but I wanted to add some comic element in it. We added a lot dialogues on the sets too.

What is your idea of feminism?

Feminism is equality. It is compensation, not a concept. I feel it should not exist in healthy society. It is a sick society and feminism is its medicine.

Do you still feel an outsider in the industry?

I don’t think so. I have been a part of some of the most amazing films in Bollywood and I am a leading face of the industry. I have done significant films and have bagged three national awards. How can I be still an outsider? I am somebody who is an integral part of the industry so far.

How did you handle the failure of Rangoon?

I have learned a lot from the failure of Rangoon. I was disturbed since I had expectations from the film but on the other hand I got a reality check too. I thought if I keep expecting from myself like this, it will become a vicious circle. But now I feel free and liberated. I have build a beautiful house in Manali. Who knows my films will work or not ahead but it is like an added bonus to my career. I will be always remembered as one of the leading faces of the Indian cinema. After this nothing matters. Rangoon’s failure was like my biggest fear come true. I feel nothing worst can happen than this. Nothing can bring me down when you are so down already. (Laughs)

Does criticism still bothers you?

I don’t feel that as a human I am perfect. I am open for criticism but if someone just wants to play around with me for time pass, that’s unacceptable. Bullying is totally different from criticism. A lot of people say that I gave that interview just to promote my film but any film isn’t bigger than a woman’s character. It is about my life and not the films.  Whoever will point out finger for my conduct as a human being, I am going to protect my dignity as a woman. No one can tell me that I can’t protect my dignity when my film is around the release.

How did the idea of direction come to you?

When you achieve a certain level in your work, you tend to look out in venturing other aspects. When I came to Mumbai, I saw few dreams and now they are fulfilled. I feel a person should not forget their goals. As a public figure, there are certain responsibilities towards society. I want to make films to communicate with the audience.

Is it a conscious effort to do films which strictly have meaty roles for you?

Of course it is my conscious decision. If I am investing my time and hard work in a film, my fans also have expectations from me. In fact, whenever I have done films with established stars, they surprisingly didn’t work at the BO, be it Katti Batti or Rangoon. I don’t regret leaving Sultan even for that matter. When a film comes to you, you know if they will do business unlike they are Queen which became a sleeper hit. It’s such a beautiful phase of my life. Life isn’t a bed of roses.

Are you lonely in life despite being on the top?

One thing you want to change in yourself?

I over think a lot. I take small things too seriously. I feel I shouldn’t! Like, I reach before time everywhere. I expect the same from my team even.