Choosing between career and marriage?

While both men and women are well within their rights to overlook marriage for the sake of higher education and better careers. 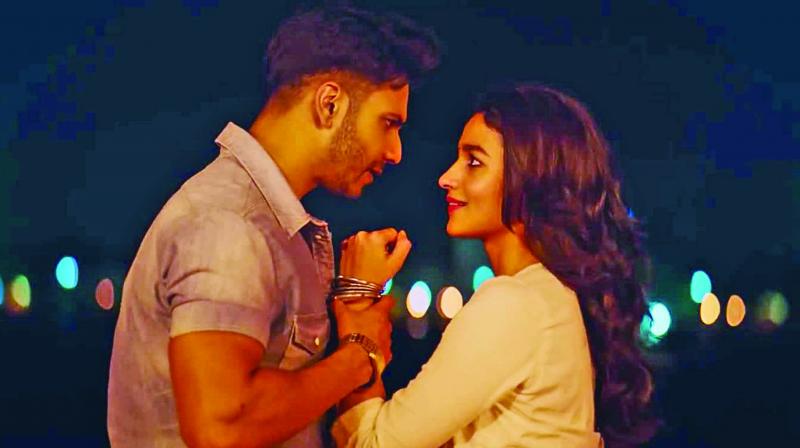 A still from Badrinath Ki Dulhania

It was a strange coincidence — almost a machination of destiny. A lady I knew well for over 20 years, met me and plied me with some delicious upma, coffee and other delectables, and asked me to look out for an eligible groom for her daughter. “You do move around in such wide social circles,” she said. Her daughter is intelligent and pretty, holds a good job, and has all the qualities that matrimonial ads extol as desirable. And did I mention that her complexion is fair too?  Matchmaking is not very much up my alley, but just three days later the mother of a young man, whom I have also known for a long time, expressed the need for my help in finding a girl for her son.

“You know us well, so you would know very much the kind of girl who would fit well in our family?” and the conversation went on for a while. Well, I thought, it must be destiny at play again. A convenient coincidence of a likely union falling into my lap? And why not? Afterall, the girl’s parents were thrilled as the ‘suitable boy’ had studied abroad, was presentable, had no bad habits and was wealthy and competently handling his father’s flourishing business. The house had a stable of high-end luxury cars. His parents were as excited as well as the girl’s parents were respected, successful corporate people, “well-settled” as they say.

This is where the unlikely twist in the tale came splat bang into this convenient unfurling of events. The girl flatly refused even a suggestion of matrimony. “I want to take time out from work and do an MBA and then make something of my life career-wise”. She didn’t want to hear what the boy does or what he owns. Declared the 24-year-old, “There’s no place for marriage in my life for coming few years!” End of story.

But of course, this raised a debate in my coffee-circle when I brought up my own view that in this day living with broad-minded people, she could have had her cake and eaten it too! She could have married the eligible gentleman, and pursued her education and career in the not-to-be scoffed at financial comfort of marital ambience? I do feel that when opportunity knocks, it must be heeded, especially in matters of marriage. As unfortunately, age and the ticking biological clock do bring in their depreciation quotient. By the time she’s 30, men aged  35 or above may have already been ‘settled’ with their soulmates.

Well, it was a fervent, stimulating babble that I set off.  The opposition to my views cheered her as a woman not shackled by insecurities that plague the marriage-obsessed females they usually encounter. ‘Admirably goal-oriented’,   ‘Independent and standing on her own feet’, ‘Not falling for economic dependence’, were among the many accolades she received. Few others went on — “Indira Nooyi made her own stable of luxury cars”; “Cheers to woman-empowerment”; “What’s wrong with a woman being ambitious?”; “It’s refreshing to see a bold woman not compromising her goals and clinging to the supposed security of marriage!”... and so on it went on.

Many were with me also, but it has to be admitted that it is a new age and all views, beginning from my end, to a moderate agreement to the extreme “bra-burning” types, are all valid. The point to note is that the choices made have to be done under earnest considerations of each case. This applies so much to the man as the woman. A recent survey establishes that men too have a biological clock. And if one wants to have a family, he must remember that healthy fertility diminishes even for a man beyond the thirties.

Also the psychological and emotional support, the expectations one has from life, the importance that having babies has for one, the significance of finance, the need for a partner in life — all these may seem nebulous in one’s earlier years, but time cannot be reversed. Serious introspective thought has to go into the choices made. We don’t want to throw out the baby with the bath-water, do we?