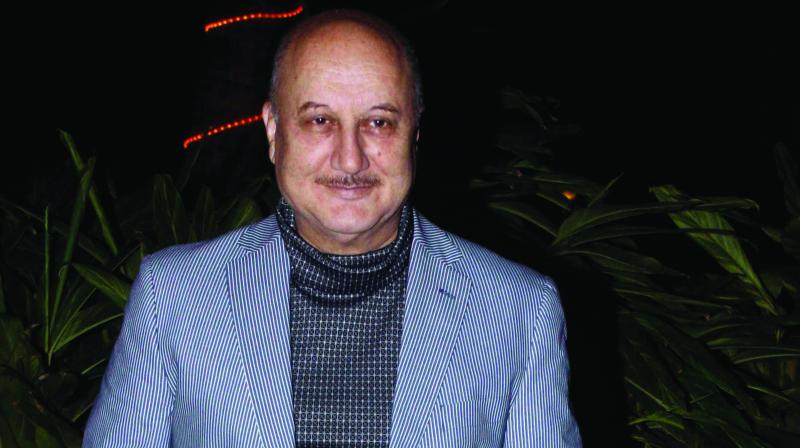 Anupam Kher is gearing up for the India release of his next film Hotel Mumbai, an Anthony Maras directorial that details the 26/11 terror attacks on Mumbai’s Taj Mahal Palace Hotel. The actor, who plays chef Hemant Oberoi in the film, says that he was actually shooting in Bandra the day of the harrowing attacks.

“That day, I was busy shooting in Bandra for one of my films. We got the news while I was on set, and we watched the attack later on television. It was very gruesome,” he recalls, adding that he met the actual chef — who helped save many lives — but only after the shooting of the film ended as per the director’s instructions.

“The content also has an emotional angle to it. Our director wanted us to feel the character and perform, he was not keen on us just enacting our parts,” he explains.

Speaking about the attack, in which members of a Pakistan-based terror outfit carried out 12 coordinating shootings and bombings, Kher lauds the Taj Hotel’s staff for their bravery.

“More than the terrorist attack, the film also showcases the courage of the common man in an extraordinary manner. Though the guests may have been strangers to the staff, in India we believe that guests are akin to God. These commoners did not fear for their own lives but tried their best to save their guests. They are real heroes,” he asserts.

Meanwhile, the actor is busy playing neurologist Dr Vijay Kapoor on the American television series New Amsterdam. He reveals that he likes bringing an Indian flavour to the medical show. “I try to add some Hindustani songs, and recently I added the Hanuman Chalisa in it. This is a popular season. Now, whenever I go out on the roads, people address me as Dr Vijay Kapoor, which feels great. I have signed this series for almost nine months,” he says.

When asked about his illustrious career, Kher hates being called a ‘veteran actor’. “I know soon they will bestow a Lifetime Achievement Award upon me, which means people here want me to retire. But I do not give the authority to anyone to tell me when I should retire. I feel young and energetic still, and I am keen to continue working. Maybe when I come back to Mumbai, I may sign some film. I have just read a few scripts now,” he concludes.