Rakul Preet on the rise

The actor talks about playing a sex-worker in Marjaavaan, her future plans, and her warm welcome into Bollywood. 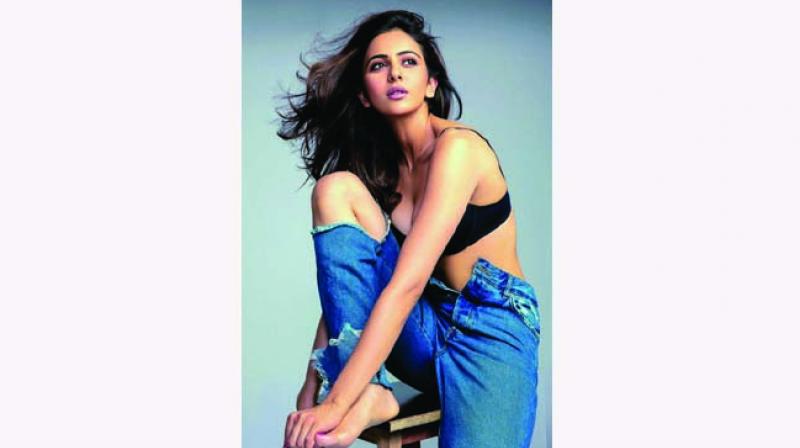 Rakul Preet has come a long way from being a South film industry veteran. The actress made it big in Bollywood with De De Pyaar De, and will soon be seen in Milap Zaveri’s Marjaavaan, co-starring Sidharth Malhotra and Tara Sutaria

Speaking about the film, Rakul finds that the role appealed to her because it is different from how she has been seen before.

“When Milap narrated this to me, he told me this role for me is like Rekha from Muqaddar Ka Sikandar and Tabu from Jeet. His selling point was that there are few such roles that have the potential to leave an impact. They are powerful and different.

When I heard it, I felt that it will be a different experience for people to see me in this avatar.  The feel and look of that character were so different for me to bring in that versatility,” she reveals.

The actress plays a sex worker in the film, which she finds was the most gripping aspect of her character. “Playing a prostitute was the selling point because when else will I get such unconventional roles? It’s a risk and I understand that, but as an actor, you will always be living in fear if you don’t take the risk or worry about what people will say. So just take the plunge and go. Even though she is a sex worker, she is very headstrong and has a big heart,” she explains, adding that she was happy to show off her versatility as an actor.

“I don’t think much, and I am not here to break any stereotype. I loved the role and so I did it. I am not from this industry, and I want people to see my versatility. It’s only when I choose to do a variety of roles that people will see that. In De De Pyaar De, they saw me as a girl-next-door, but this is so different. Tabu and Rekha’s role was a brief role but we still talk about that,” Rakul explains.

As for what kinds of roles are coming her way lately, the 29-year-old reveals that she has signed four films. “Post De De Pyaar De, I have been spending time here (Bollywood) because I have explored the South industry by doing 25 films. So now, I can be here and take my time to sign a film. I have signed four films, and the announcements will come soon,” she says with a smile.

Though Bollywood has given the actress a warm welcome, she still doesn’t feel obligated to do any films. “You have to say no sometimes because you cannot settle for anything. In the case that you make a mistake, there is no one to blame. I don’t have anyone here and I am not complaining about it, but you have to be responsible for your decisions,” she asserts.

Looking back at her roots in the South, Rakul says that the differences with Bollywood are few and far between.

“Both are equally professional. Storytelling is changing everywhere, like Arjun Reddy and Jersey. There are some loud films, and biopics, so it’s similar. The only difference is with the work timings. We work 9-6 in the south, and 9-9 here,” she concludes.