Not without my son: Javed

Farhan to essay the role of a forest ranger 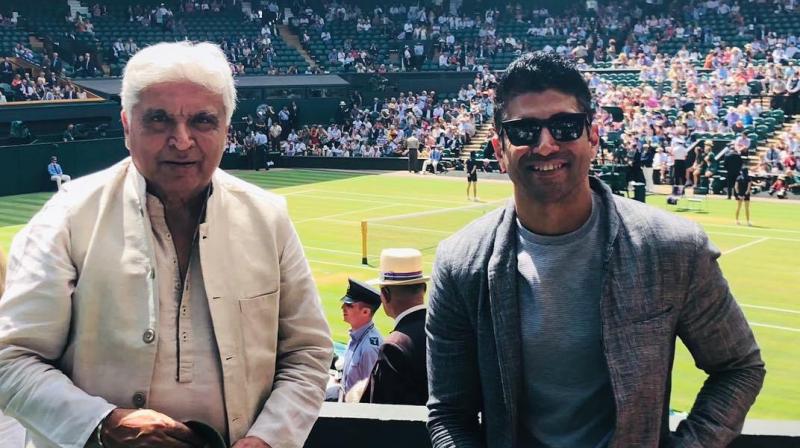 If market sources are to be believed, veteran writer and lyricist Javed Akhtar is slated to make a comeback for his son Farhan Akhtar. Javed had last written the story, screenplay and dialogues for Farhan’s 2004-Hrithik Roshan–Preity Zinta-starrer Laskhya.

The Gwalior-born Akhtar Senior, who had initially formed a formidable combination with the Indore-born Salim Khan, had some years later, begun operating alone. The buzz now, according to trade sources, is that the film, which will be directed by Ashutosh Gowarikar, is based in a forest, with Farhan essaying the role of a forest ranger.

“There will also be a big Bollywood face essaying the negative role in the movie. Javed Saab is putting together his thoughts for the film as a writer,” adds the source.

Ashutosh had last done the 2019-film Panipat and Mohen Jo Daro (2006), neither of which did well at the box office. “However, Ashutosh’s credentials also include  Lagaan in which Javed Saab did a good job. So, this collaboration is much-awaited,” says source. However, we are yet to receive an official statement in this regard.