Abbas confessed to having learned a lot from Salman and how they often get into argument over work. 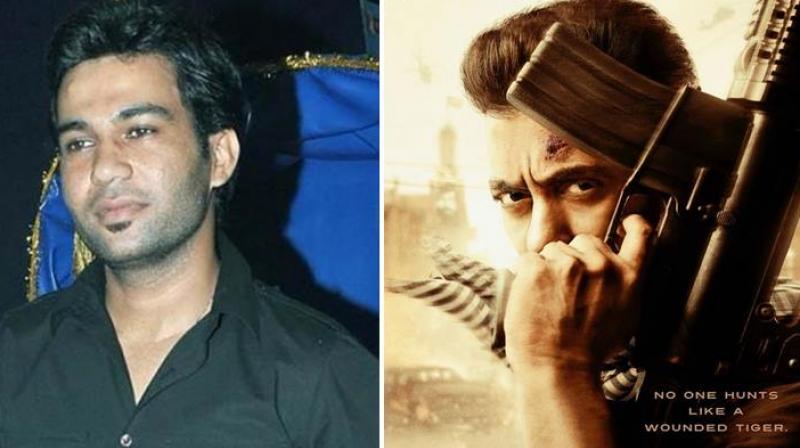 Director Ali Abbas Zafar, who is the directing the second installment of 2012 hit film Ek Tha Tiger, can’t stop expressing his love for the movie’s lead actor Salman Khan, and the ease with which he romances all his leading ladies.

“Actually, anyone will fall for bhai. Woh ankh utha kar dekhte hai to sabko unsey pyaar ho jata hai (The moment he lifts his eyes and looks at you, you are surely going to fall in love with him),” he says.

Talking about the chemistry Salman and Katrina Kaif shared in real life before they broke up, the director of Tiger Zinda Hai laughs, “Main toh chata hoon phir dobara ho jaye (I wish they get in back again).” But immediately corrects himself, “Nevermind that, I keep talking rubbish sometimes!”

Praising the ease with which the actor romances all his female co-stars he quips, “Even in Sultan he shared a great chemistry with Anushka Sharma. Usually people feel Salman is a great action hero, but actually he is a real romantic hero. He has the quality of the real Indian man. His emotions and romance that he portrays are so true to his persona, there is no cheapness. He portrays romance in a sophisticated manner and not in an obnoxious manner. Thus, his chemistry with all his heroines looks great.”

On reports of Salman doing a kissing scene for the first time in this film, Abbas maintains that such stories are idle chatter. “I am following Salman’s footsteps. We are making a pure outright Hindustani film; an out-and-out a family film. Tiger Zinda Hai is a film people of all age groups can sit together and watch. There are no smooches at all. Bhai has never done it and I dare not bring it in at this point,” he affirms.

Further, clearing the air surrounding Salman’s late entry on the sets, he says the actor in fact makes his routine as per the scenes planned for the day. “Until now all my films with Salman have had a lot of action and body show. So, Salman accordingly chalks out his programme and is on the sets from 9 am. He gets up early and starts off with his workout. Undeniably, he is doing this for the film. And till 2 in the night, he stays with us to complete the shoot,” he adds.

Abbas confessed to having learned a lot from Salman and how they often get into argument over work. “Owing to his wonderful experience, we do discuss a few things and may get into an argument. But these arguments are for the betterment of the film. However, he will always like to give his best. Until he feels satisfied, he will keep asking for retakes. But when he is done he will say ‘This is the best I can give’. He is a simple actor to work with,” Ali concludes.