‘Children are worst affected by violence’

Shot in the valleys of Sikkim, this film revolves around children who are forced to leave their country due to violence. 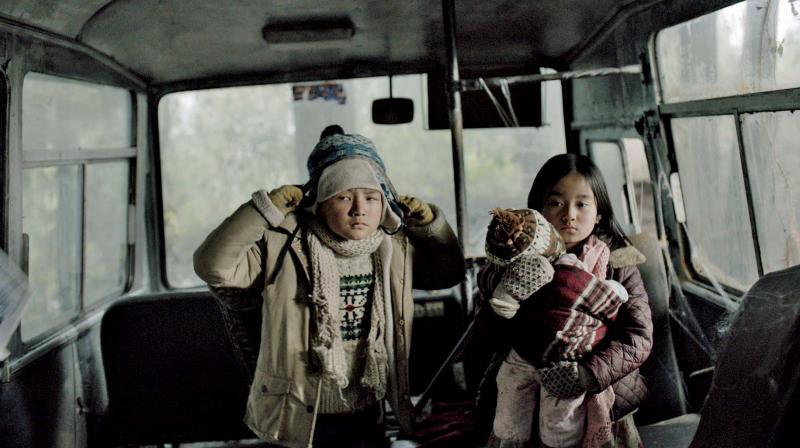 Still from the film

When you embark on a project that is close to your heart, you will move mountains to make it a success. And director Paakhi Tyrewala not only moved mountains but also spent a lot of time in them for her Sikkimese film, Pahuna: The Little Visitors. The film, which enjoyed its world premiere at the Toronto International Film Festival last year, already has a trophy under its belt as it won the Best Film (Jury’s Choice) Award at the SCHLINGEL International Children’s Film Festival in Germany this year. Now, as it makes an appearance in theatres closer home, Paakhi lets us in on all that went on behind the scenes. The film has been funded in part by the Sikkim Government, Children’s Film Society, India and Priyanka Chopra’s Purple Pebble Pictures. “I had approached about nine or 10 people before I reached Priyanka. It’s great that she liked the film and supported it,” says Paakhi.

Although one gets to see beautiful, verdant landscapes in the film, Pahuna’s plotline is not as tranquil for it tells the story of three children who are forced to leave their village in Nepal and flee to Sikkim in order to escape violence. On getting separated from their parents, the little ones have to fend for themselves and find themselves vulnerable to the whims of fate. But when questioned about the cause of the violence, Paakhi chooses to not dwell on this topic. “I didn’t want to show what the violence was all about, and what drives the villagers away from the land, as violence can happen because of many reasons; it can be communal, religious, caste-based, political or even because of land grabbing. The point is that children are worst affected by violence. In Syria, children are being displaced, and the reason can be very different from what’s happening in Bangladesh or in Mexico. But, in the end, children are the ones who suffer the most,” she says.

And so, along with displacement, the impact adult biases and fears can have on children is a theme that is poignantly explored in the film. Paakhi is sure that, as much as the film is about children, it is also for children, because they will be able to relate to the subtexts in the film, while parents can hope to learn from them. Recollecting an incident that transpired at the award ceremony in Germany, Paakhi says, “Not only did the children’s jury give us the best film award, they also gave me reasons why. It is then that I realised that they understood the subtexts in the film. They spoke about displacement, gender equality, communal tensions, the hate and fears that adults have and how they try to force it on children. I was extremely humbled by their understanding.” 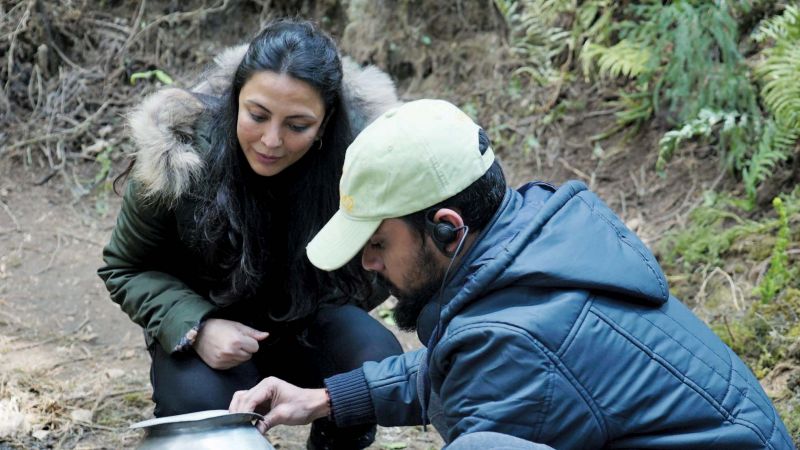 Paakhi also reveals why she chose to make this regional film her first big cinematic venture and the reasons range from being in love with the picturesque state to wanting to sing its praises on an international stage. “I started my journey in Sikkim several years ago, when I became an Art of Living teacher and my guru sent me here to take courses. Strangely enough, I never felt like an outsider, because the people of Sikkim are warm, friendly and hospitable. I feel like they are my family and like any proud family member, I want to show off Sikkim to the world,” she says adding that as a nation, we often don’t focus enough on the North Eastern states and that her hope was that this film would mainstream Sikkim to mainland India. Her dedication to do so motivated her to stay authentic in her portrayal of Sikkim and its people. “I did a lot of research to make the language sound authentic and not as a literal translation,” says the director, who does not speak Sikkimese. And so, she roped in a dialogue writer to infuse the dialogues with colloquial charm. “In fact, the film showcases two dialects – Nepali spoken by the people of Nepal and Sikkimese Gorkhali. There are subtle differences between the two dialects, but it was important to capture them,” she says. But audiences need not worry about not understanding the dialogues, for subtitles bridge the language barrier.

But, deciding to work in this rocky region brought on its fair share of challenges.  “We did have a lot of problems because of the terrain and the weather,” reveals Paakhi who recalls how crewmembers often had to make trips to army hospitals to combat altitude sickness with oxygen masks and how, despite these trips, they would show up the next day for the shoot. “We didn’t have the luxury of falling ill, because we had to finish the shoot in 33 days. The weather too played havoc with us, but we could finish on time because the cast and crew were so supportive,” insists the director. Additionally, the director had to work with a cast that mostly comprised of non-actors. Even the young protagonists, Ishika Gurung, and Anmol Limbu had never acted before, not even in a school play. “Finding the kids was a challenge. We tied up with the education ministry and went to every school to audition kids. The focus was on finding children who were confident in facing the camera because helping them act was my job as a director. Both Anmol and Ishika were fabulous. And the best part is that they have never acted before. In fact, the first movie they saw in the theatre was the one starring them,” chuckles Paakhi.

But despite all these challenges, the director says that it was totally worth it because the film champions an emotion the world needs right now — hope.