‘Only two options for a comedian: good or bad’

While Abroad Understanding was more of an introductory show, Losing It is about society. 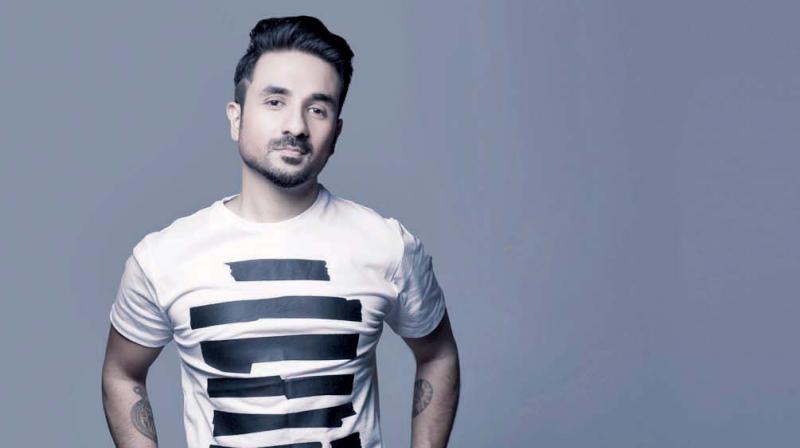 “Unlike films, the beautiful thing about stand-up comedy is that it is very democratic. There are only two options for a comedian, good or bad,” says comedian, actor and writer Vir Das over the phone from Prague as he readies for his second Netflix special Losing It releasing today.

Talking to us in between his shoot for ABC’s Whisky Cavalier, Vir talks about the overwhelming response to his first special — Abroad Understanding and how it changed his perspective. This shift led him to take eight months off from acting and travel the world to perform Losing It. The show was shot in San Francisco’s Regency Theatre.

“I had been in the same place for nine-10 years and I needed to get out of my comfort zone. When you are out there performing, you kind of start observing. The strange thing is even though you are in a strange country; it starts to make you think of home in a completely different way. You start to explore your own Indian identity and that is what happened here,” he says.

While Abroad Understanding was more of an introductory show, Losing It is about society. “It is about politics, social issues, my childhood, my love life, my career, going bankrupt, falling sick, learning lessons — all of those things. At the same time, it is a very personal show,” Vir smiles.

With this show, the actor is trying to push the audience a little bit more. “With the first show the idea was to introduce myself, so you talk about a lot of things you thought people wanted you to talk about. Like breakfast cereals and Indian food. But with this one, I am going to talk about what I want to talk about because now we know each other. It is definitely an edgier and riskier show,” he states.

When he was out there with the unknown, Vir discovered how large the Netflix audience was and decided since the first special was watched by a lot of Indians; everybody around the world should watch the second special.

Having said that, with two stand-ups to his credit for the international audience, did the comedian feel the pinch of lingual nuances? “Often times I have found out, especially when I was touring the world when you set the right context of the joke, everybody is fine. So, if there is a joke about Doordarshan or a public school, I try to explain it. I am sure there is some African-American version of Doordarshan or some Chinese version of the Delhi Public School. The basic sentiments of the experiences can be made true,” he explains.

For inspiration, Vir looks up to people who are constantly trying to monitor and work on their art. “Anyone from Aamir Khan to Johnny Lever to Chris Rock, these are the people I look up to. They are constantly evolving,” he emphasises.

Post Prague, the actor-comedian will be shooting for Nikhil Advani’s Hasmukh, which he is creative producing and acting in. “Then I have Go Goa Gone 2 and have also signed two more Netflix specials. But I think once you do a show, you need to take a break for about a month to make up your mind,” he concludes