The new mother is likely to turn showstopper for the Lakme Fashion Week grand finale once again. 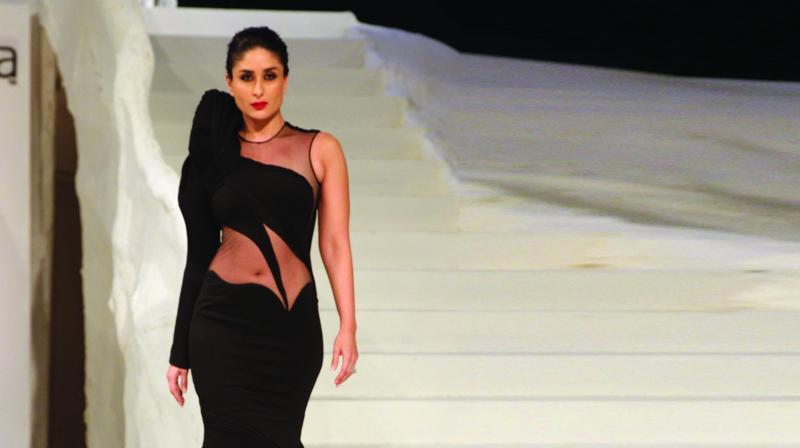 Both during her pregnancy and after the birth of her son, Kareena Kapoor Khan has made her presence felt at almost all the B’town events and parties and even walked the ramp for Sabyasachi during Lakme Fashion Week last year while pregnant.

The new mother is likely to turn the showstopper for the LFW grand finale once again. This time the show will feature designs by none other than Anita Dongre, the renowned fashion designer helming AND.

A source close to the actress revealed, “Kareena has been approached to be the show stopper but she is yet to decide on it. If everything fits into place, she will certainly give it a nod.”

Kareena, who gave birth to baby Taimur Ali Khan Pataudi on December 20, is already up and about. Just four days after Taimur’s birth, she was spotted enjoying her first social outing with her husband Saif Ali Khan. She made various appearances post her pregnancy and will also be seen in Koffee With Karan.