He answered most questions in a jovial mood till he got miffed with one particular question toward the end of the session. 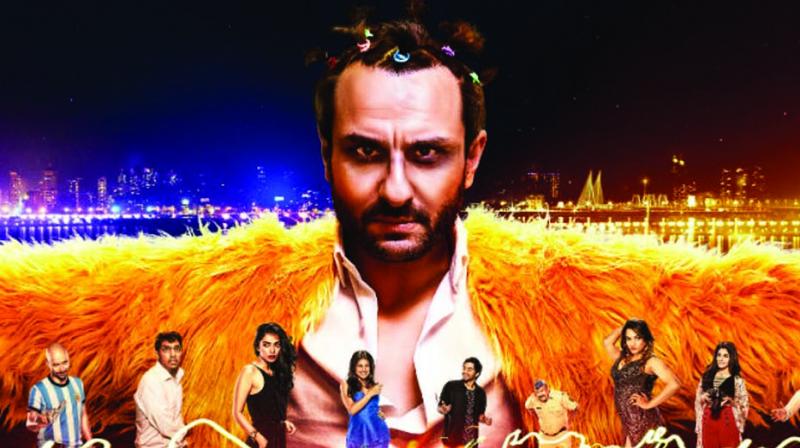 Poster of the film Kaalakandi.

Actor Saif Ali Khan is known for his sense of humour, both on and off screen. When he came to promote his upcoming movie Kaalakaandi in the capital, he was his usual witty self. He answered most questions in a jovial mood till he got miffed with one particular question toward the end of the session.

Asked about how excited and nervous he was about the his wife Kareena’s ‘comeback’ film and his daughter Sara’s debut movie, the 47-year-old actor said, “You get anxious before any film. Sara has her whole life ahead of her. It feels like it is my debut film that’s up for a release. It’s her dream, and I hope all her dreams come true. Kareena is a great artiste, and I have seen how well she has concentrated on her health and fitness, and had you asked this question (on comeback) to her, she would have probably thrown something at you, like a shoe maybe. As according to her, she has always been around. But I guess the youngest gets the most attention.”

Given that his last few films haven’t worked at the box office, he admitted he is feeling the heat, and hopes that the Akshat Verma directorial can buck the trend. He, however, avoided questions on the national anthem debate and GST.

The film that also stars Akshay Oberoi, Sobhita Dhulipala, Kunaal Roy Kapur, Deepak Dobriyal and Vijay Raaz is based on a series of events that take place during the course of one night in Mumbai. Would the film be any different if the set up was changed to Delhi? Saif joked, “The film could have been placed in any city be it Bengaluru or Kolkata. I guess we didn’t have enough money and that’s why decided to shoot in Mumbai where we all live,” he joked and added, “The film tries to say that life can end anytime. It doesn’t mean you start living like a mad man, but one must live freely.” 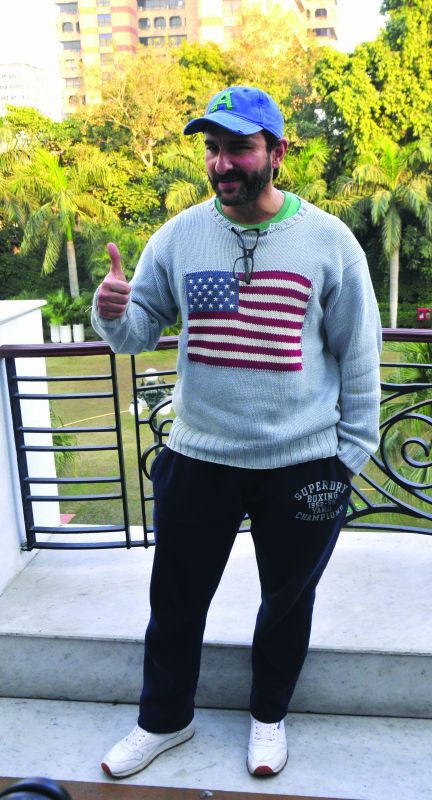 Saif plays a man who finds out he is suffering from cancer in the film and asked if it is correct to present a terminal disease in a black comedy, he answered, “To portray problems and sensitive issues with a laugh is the soul of comedy. It’s got really very little to do with cancer. We all have cancer in a way. We are always moving towards death.”

Saif Ali Khan says he gets inspired by the likes of Deepak Dobriyal to do a variety of roles. For someone who has acted in films like Salaam Namaste and Hum Tum, he believes younger actors are more suited for the romantic movie genre. “Romcoms should ideally be done by a young guy. Someone who doesn’t know his mind, doesn’t understand things or who doesn’t want to get married. There’s an age to doing romcoms. I had a great time doing such films in the past. But today, I want to do something that goes with my sensibilities and age. Now I want to move forward,” he opined.

He also revealed that he was offered Race 3 but added that Salman Khan is the best thing to happen to a producer.

There was one question however that irked him. When someone pointed out that cuss words in films have a negative impact on children, the actor was visibly miffed. “This is a stupid question. It is not our job to nurture youngsters. Our job is to just make films,” he said as he justified the ‘A’ certificate from the censor board as the subject caters only to an adult audience.