Sara’s character is also a simple one, which will require her to give up her glam avatar for a while. 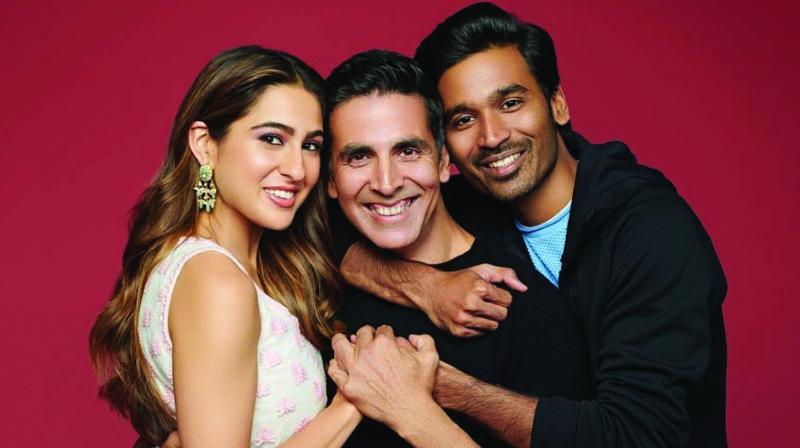 Sara Ali Khan is excited about doing her next film titled Atrangi Re, an Anand L Rai directorial co-starring Dhanush and Akshay Kumar.

“It’s an atrangi (weird) combination and that’s all I can reveal about the film. The film will soon go on floors. I am excited and happy to be cast in this film, which stars Akshay Kumar and Dhanush as well,” says the actress about the film, in which she plays an offbeat character. “I will be seen  totally atrangi in this film, that is myself,” she laughs.

Sara’s character is also a simple one, which will require her to give up her glam avatar for a while. However, she’s happy to do it. “I’m more than ready to go de-glam. I think I would kill to do that. I have a personality that is difficult to leave behind at home, so leaving glam will be a little closer to my real character,” she reveals.

While the actress is happy to receive so much love from her fans, she feels like she isn’t able to share her pure authentic self with them. “I don’t get tired of hearing from all my well-wishers that I’m so strong and confident. I really wish people would know what I’m from inside, but what you see from the outside is not always reality,” she concludes.