The magistrate noted that Patel’s daughter Tarina had stated that the trio slapped the senior citizen. 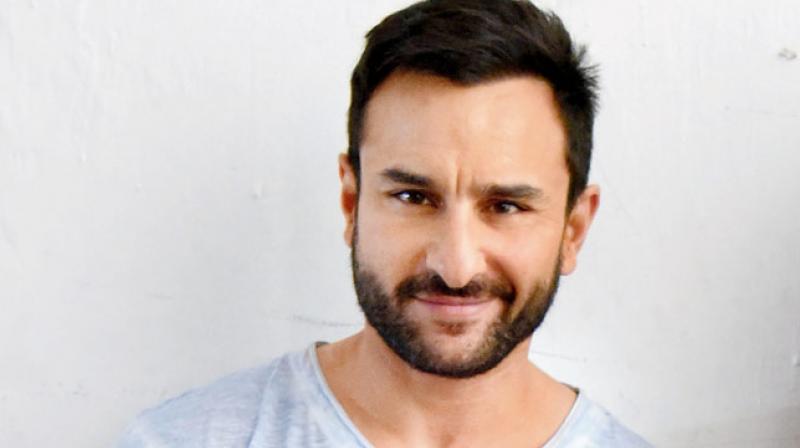 Mumbai: A magistrate court has added section 323 (voluntarily causing hurt) of the Indian Penal Code (IPC) against actor Saif Ali Khan in connection with an assault case registered against him and two of his friends for allegedly beating an NRI businessman and his father-in-law at a five-star hotel in Colaba in 2012.

The prosecution had filed an application seeking to alter the charge against the actor, contending that the police report and statement of witnesses Rama-nbhai Patel and Tarina Sharma show that Khan and his friends, Bilal Am-rohi and Shakil Ladakh, had assaulted Patel, but Khan’s name was not mentioned in the complaint as the person who assaulted Patel. The prosecution’s case is that on February 22, 2012 around 12.30 am at Wasabi, a restaurant at Hotel Taj Palace, the trio assaulted Iqbal Sharma and his father-in-law, Patel.

Khan’s lawyer had opposed the application, saying Sharma did not say that Khan had assaulted Patel and hence there was no need to alter the charge already framed against him. It may be recalled that the magistrate court in March 2014 already framed section 325 (voluntarily causing grievous hurt) of the IPC. If proven guilty, an accused may face imprisonment of up to seven years under this section.

However, relying to statements of a few witnesses, magistrate R.M. Jadhav decided to add section 323 against Khan. The magistrate noted that Patel’s daughter Tarina had stated that the trio slapped the senior citizen. Likewise, Patel in his statement mentioned that when he tried to intervene, the trio beat him. Patel’s wife Vijay Laxmi also said in her statement that Khan slapped her husband.

“There will not be any prejudice if the charge is altered, as the accused will be at liberty to set up their defence to the above charge and will have the opportunity of cross-examining the complainant and the witnesses of the prosecution,” said the judge while adding section 323 against Khan.