The filmmaker took to Twitter on Sunday with an interesting post and got Bollywood stars laughing on it. 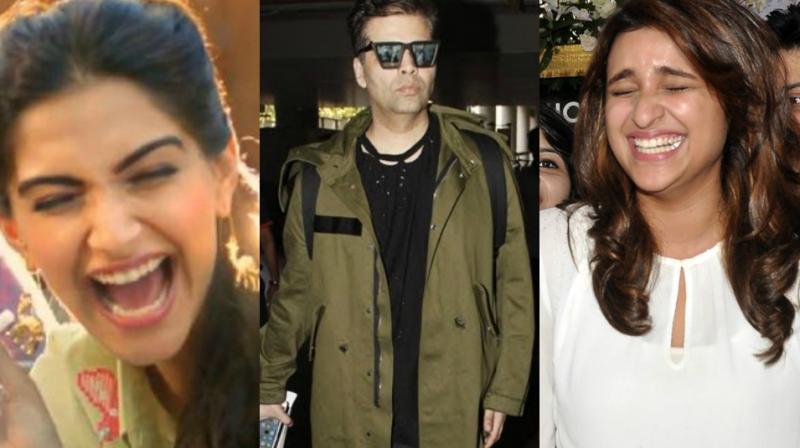 Mumbai: Karan Johar is not just arguably the most popular filmmaker in the country, but is also known for his witty take on various issues.

His tweets in June last year addressing ‘Dear’ Botox, Twitter Troll, Selfie, among others with interesting messages had made headlines.

One of those who he had a special message during those series of tweets was the ‘Airport Look’, expressing how it needn’t worry about the ‘pressure’ as the 'gym look' was set to take over.

Dear Airport Look...I can see the pressure is getting to you...don't worry the gym look is soon going to take over....

The director had another funny take on the airport look, sharing a hilarious tweet about it which left even Bollywood stars in splits on Sunday.

KJo, who had recently gone to London, in a dig at paparazzi culture, tweeted about how he got decked up for the 'airport look' by working on his hair, wearing a new jacket, sunglasses and bag pack, but was ‘shattered’ after he noticed there was no media persons to click him. He quipped that he’ll repeat the look and pray for better luck next time.

Was about to land! Wore a new jacket! Product in hair! Big sun glasses were put on! New bag pack positioned for capture! And then....the worse thing happened!!!!! The paps Were NOT there!!!!! Shattered! Will now repeat this look and pray!

Incidentally, just a day before, Karan’s close friend and actress Kareena Kapor Khan, who was with him in London, had also slammed the paparazzi for being after her son Taimur.

In expressing probably the same point in an over-the-top style, the filmmaker proved again how he is the ‘baap of Masala.’