Director Prosit Roy of Pari says that Anushka never had any second thoughts about the film. 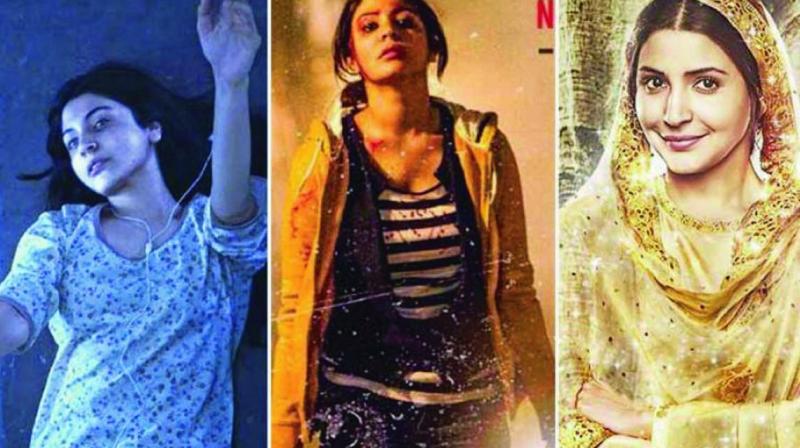 Stills from Pari, NH10 and Phillauri

Anushka Sharma’s scary act in the recently released Pari has succeeded in sending chills down the spines of the audience, who are now appreciating the actress for not just producing a horror film of this nature, but acting in it as well. Not many stars like to move from romance to horror so early in their career. And while actresses usually spend hours to look pretty onscreen, Anushka took hours to look scary.

Recalling her commitment to her productions, Navdeep Singh, director of her film NH10 says, “Anushka had surprised me with sincerity, focus and absolute surrender to a role. Never once displaying tendencies towards a lily-white onscreen image, Anushka gave her all to the film.”

Anshai Lal, who has known the actress for a decade, directed her when she turned into a Casper-like ghost for Phillauri, and says that Anushka is made of different stuff. “She approaches a film like an actress and not a star. She listens to a script and gives the film everything. She’s a very dedicated actress,” he says.

It is perhaps her belief in the script which motivated Anushka to abandon the gloss and make herself look gross for Pari. Director Prosit Roy of Pari says that Anushka never had any second thoughts about the film. “I was assisting in Phillauri when I met Anushka and Karnesh (Anushka’s brother). I gave him the script of Pari and he passed it on to her. She asked for a narration and then read the script again. She was bold enough to take it on despite being such a huge star,” says Roy. So, post Pari, will filmmakers sign her on for a romantic story? “She’s a wonderful actress, she can pull off any performance. She has done different roles in each of her films — be it in NH10, Phillauri or Pari,” he says.

And while Pari’s box office collections were close to `18 crore in the last four days, for husband Virat Kohli, it was Anushka’s best performance ever. “Watched #Pari last night, has to be my Wife’s best work ever! Got quite scared but so very proud of you! (sic)” tweeted the proud husband.