Gather 7.53 crore, the movie surprisingly got better response in evening and night as compared to morning shows. 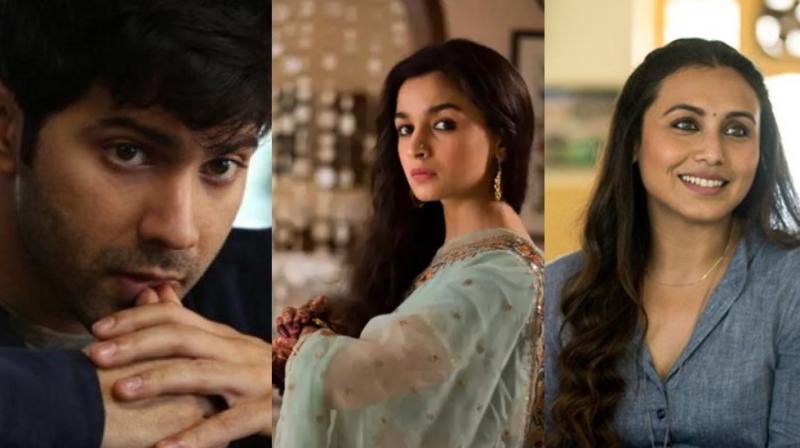 ‘Talvar’ director Meghna Gulzar’s ‘Raazi’, which was one of the most-awaited movies of 2018, finally released on Friday. Starring Alia Bhatt in the lead role and Vicky Kaushal, Jaideep Ahlawat, Rajit Kapur and Soni Razdaan in pivotal roles, the film minted 7.53 crores on its opening day.

Opening well in the morning with an expectancy of 7 crores net, the movie surprisingly got better response in the evening and night shows. It has reportedly gathered most from shows held in Mumbai and Delhi/UP.

The movie has managed to cross the benchmark set by another women-oriented film of the year – Rani Mukerji’s ‘Hichki’, and her co-student Varun Dhawan starrer ‘October’. It in fact has even crossed the opening of the recent release ‘102 Not Out’.

‘Raazi’ is the fifth highest opening of 2018, after ‘Padman’, ‘Raid’, ‘Baaghi 2’ and ‘Padmaavat’. It has also managed to become the highest opening for a female-centric film, crossing the opening collections of ‘Kahaani’ and ‘Neerja’ apart from ‘Hichki’.

Being a Dharma product, a promising director and a stellar star cast, it doesn’t come much as a surprise, but it is definitely a happy start towards something(s) good.

The weekend is expected to give this movie a better boost and if it does even twice as good as the first day, ‘Raazi’ could be remembered in history for setting a benchmark.

‘Raazi’ is expected to stay at the Box Office for a long time since it has no competition from any film releasing in the coming week. Phantom production’s ‘High Jack’ makes absolutely no competition for this one. Post that too, ‘Bhavesh Joshi Superhero’ and ‘Parmanu: The Story Of Pokhran’ might not be a real threat to the film.

But ‘Veere Di Wedding’, releasing on 1st June could possibly lower the collections of this film. However, since the film could have an easy stay at the Box Office for over two weeks, it is possible that ‘Raazi’ deservedly becomes a super hit soon.