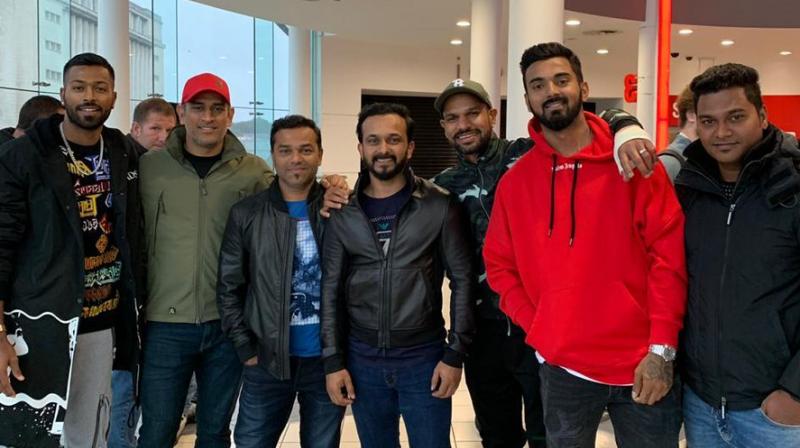 Mumbai: After the glorious win against Australia, team India enjoys the movie time while in England. Team India players posed for a happy picture after watching the film, Bharat. Mahendra Singh Dhoni, Shikhar Dhawan, Kedar Jadhav, KL Rahul and Hardik Pandya amidst World Cup matches took out some time to relax and watched Bharat together.

The Salman starrer has not only been creating all the buzz for charting the highest numbers with advance bookings even ahead of its release but is set to become the biggest chartbuster of all times. It is the huge star power of Salman Khan and the power pack of not just the movie starring Salman and Katrina, together that had piqued the excitement amongst the audience much ahead of its release.

Bharat is receiving appreciation from all across and is touted to be the ‘biggest film of all times’. The Salman Khan starrer is on its way to chart new records already. The nation saw a fan frenzy and the numbers are proof.