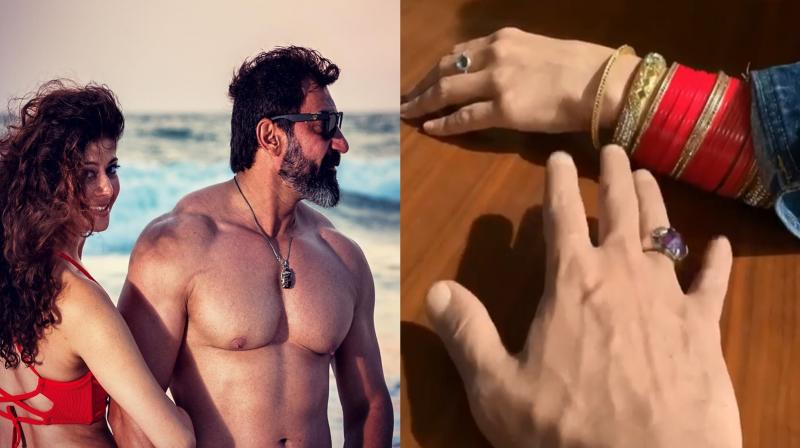 Mumbai: There were reports surfacing on the internet that the 90s diva Pooja Batra is dating actor Nawab Shah. But now it seems like the lovebirds have tied the sacred knot of marriage.

Yes, Nawab Shah's Instagram post hints that he secretly got married to his lady love Pooja. He captioned a Boomerang video, "A story you can make a movie on ❤️🦋🥂🤪🎬🎥"

In the video, one can see, Nawab flaunting his ring whereas, Pooja showing her red chura. The couple seems to be got happily married. Apart from this post, Pooja and Nawab's romantic Goa holiday pictures are also getting viral on social media.

Well, Pooja and Nawab have not confirmed the reports of their marriage yet. Meanwhile, Pooja made her Bollywood debut in 1997 in the film Viraasat. The actress has seen in films like Haseena Maan Jayegi, Bhai, Nayak: The Real Hero and others. On the other hand, Nawab has worked in films like Dilwale, Tiger Zinda Hai and so on.