In the city for the promotions of her upcoming film Partition: 1947, she opens up about British raj in India, and much mor. 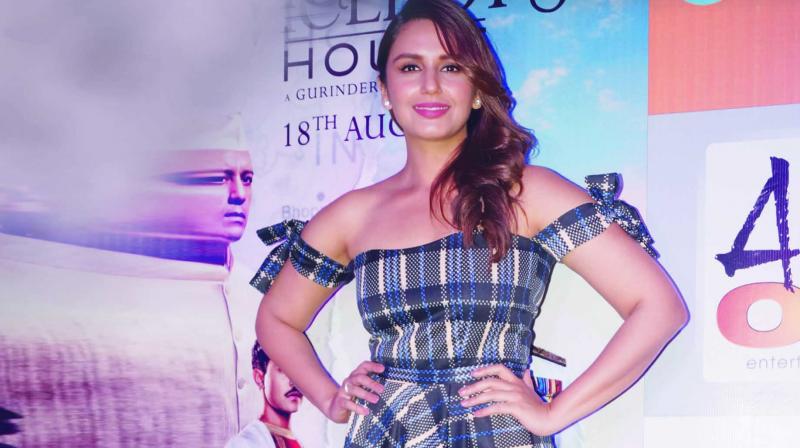 As India is on the cusp of completing 70 years of Independence but crimes against women — from stalking to raping, murdering and abducting — continue unabated, actress Huma Qureshi feels there’s much to be done in the country to ensure equality for its women.

On 70 years of Independence
“India is one of the largest democracies in the world and we are a fairly young nation. I’m sure that when we got independence in 1947, a lot of people thought that we would not able to govern ourselves and yet here we are. But sexual violence against women is definitely a big concern. It is shameful that as a society we cannot offer basic protection to our women. However, I am hopeful and forever optimistic. The right conversations are happening today. Today I see more women going out and working, and men being supportive to the idea of women working. It can’t happen in isolation,” she says.

‘Be your own prince charming’
While conversations about women’s equality and women’s independence after 70 long years are on, Huma says that women should learn self-defence. When they are capable of working and going out in the world, why must they need men to feel safe, she asks.
“I believe in being my own Prince Charming. There are problems and there will always be problems. Even in the West, no country can manage to claim that they have managed to achieve equal rights for women. There too, women do not get paid equally. I think the work to achieve equality is in progress,” says Huma.

Recalling Partition
The actress who was in the city for the promotions of Gurinder Chadha’s Partition: 1947 (Viceroy’s House), reflects on Partition and how many are still unaware of the nation’s history. “It has been 70 years since Partition and there’s still so much history that we don’t know. While I was shooting for the film (Partition: 1947) in the UK, I realised that so many people have no idea about Partition. People had a certain kind of attitude which showed that they don’t want to teach and learn about the British Raj in India. The film is a tiny reminder of our own history,” says Huma.

“Today, it breaks my heart when I think about Partition. It was a political decision which made many people suffer. It was the world’s largest man-made forced migration. 14 million people became refuges overnight. More than 2 million people died. Many families were broken,” adds the Badlapur actress.

All thanks to Gangs of Wasseypur
Her small yet promising performance in Anurag Kashyap’s Gangs of Wasseypur has taken her places. She doesn’t shy away from accepting that she came as an outsider in the industry and got nothing served on a platter. However, she credits Wasseypur for everything she is today. She shares an anecdote, “I was a newcomer when I was cast in Gangs of Wasseypur. No one knew me. I played the role of a girl from Bihar in the film, and many people came to me, asking if I could speak English. That was a compliment for me as an actor. Wasseypur is everything for me. That film helped me establish a place for myself.”