There’s no stopping the multi talent Ayushmann Khurrana as he emerges as the next big Superstar of the country. 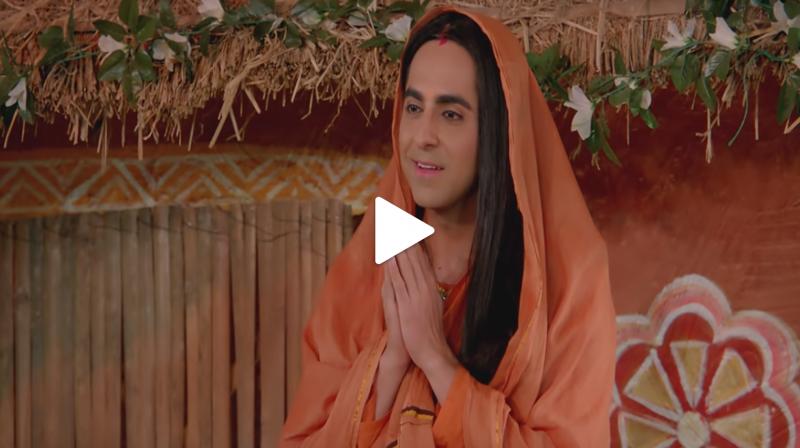 Mumbai: The trailer of Ayushmann Khurrana’s upcoming film ‘Dream Girl’ is out today and within no time it has managed to blow the audience with its loaded entertainment, giving us a real and powerful slice of life appeal. It’s no exaggeration to say that Ayushmann Khurrana is the superstar our country deserves as he aces every role he picks up! And that’s not all. He is probably the only superstar who picks up characters who are very real and very different from each other and yet the actor successfully portrays them all!

In this quirky comedy-drama, the superstar is all set to play a guy who dresses up as women characters for the local dramas and confidently so, which leads him to pick up a job in a radio station which requires him to speak to the listeners in an effeminate voice! Within no time, the quirky Pooja takes over the whole city with her inviting voice and soothes every one who calls her. It’s widely known that Ayushmann Khurrana is also a professional singer and here we will see the multifaceted actor using his flawless voice to turn into a woman and back to a man as and when required! Looking like a seamless family entertainer, Ayushmann’s totally on the cusp of massive stardom- delivering hits with all his previous concept rich projects and with the much awaited Dream Girl, now.

There’s no stopping the multi talent Ayushmann Khurrana as he emerges as the next big Superstar of the country. What’s more fascinating about him is the fact that he is truly the one star who has solely led Indian cinema into a new direction by putting quality over quantity, Content above masala and he has successfully been able to redefine the terms- Art and Commerce, by merging the two and making content based films win big over both, Box office and critical appeal!

The Versatile actor is known for having an impeccable track record with his films. Having won a national award recently for ‘Andhadhun’ and another one of his films ‘Badhai Ho’ winning the best film for wholesome entertainment at the 2019 National Film Awards, makes him the most sought after actor today! Having six back to back hits has made him the most dependable star in the present times and with Balaji’s Dream Girl, it’s yet another journey Ayushmann with the entire team and the audience are all set to sail for!

After the much hyped poster of Ayushmann Khurrana looking all quirky donning a saree, and sitting on a rickshaw, the hype around ‘Dreamgirl’ has been built solid. The next venture of Balaji Telefilms- Dream Girl had a 5-city trailer launch, originating from the city of dreams-Mumbai which was also connected to four other cities of Ahmedabad, Indore, Jaipur and Chandigarh over a video conference call.

The film is directed by Raaj Shandilya, produced by Ekta Kapoor, Shobha Kapoor and Ashish Singh. Dream Girl is all set to release on 19 September 2019.