The actress is all set to travel to various cities for promoting her blockbuster movies. 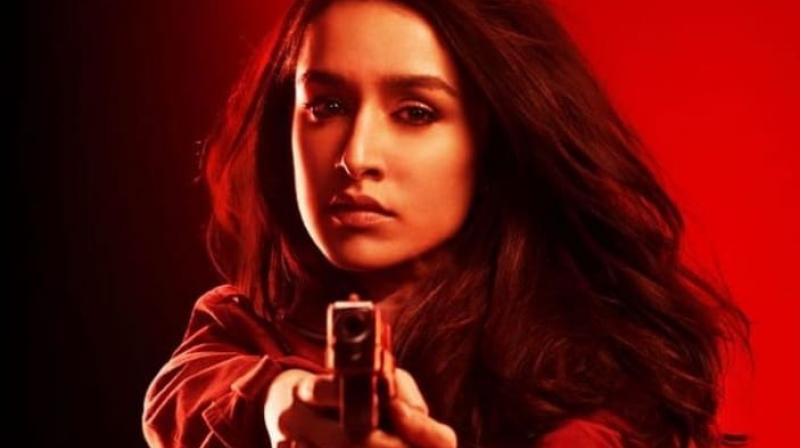 Mumbai: Shraddha Kapoor just got heads turned in her ravishing golden dress which she had donned at the Saaho trailer launch event. Shraddha has already won everyone's hearts for being the most relatable actress with her trajectory of a career and yet again, expressed her kind words on working in a magnificent film project like Saaho.

When asked about how was her overall experience working for the film, here is what Shraddha had to say, "First of all, thank you, everyone, here, thank you so much for being here. It feels really really fantastic to be a part of such an amazing film on such a huge scale. I am feeling really really happy and it's been a really memorable experience. I can't actually say it in words enough how amazing it has been and I hope you all like it."

This just shows that how grateful that the actress is to her well-wishers who shower her with an abundance of love and support. The larger number of the audience present in the event loved Shraddha's humility who is hailed across the country for delivering consistent hits, classics and action movies. It is all the more, proof of the fact that she possesses humongous popularity across all the demographics- loved by one and all.

Talking about her being a protagonist in an action thriller film and having a large screen space, here's what Shraddha had to say, "The demand of the script and how much ever best I could give to the film's expectations, accordingly I think I did my best. I was in the best hands, as you could see in the film's trailer and the team has made sure that they made me look good throughout the time."

Well, it's not just Shraddha but her millions of fans who just cannot wait anymore to celebrate 30th August as Saaho release day after the thrilling trailer that released yesterday. Now by taking a seat back and marvelling over Shraddha's high octane action scenes as well as her impactful dialogues which are going to stir all of us for sure.

Juggling between shoots and slipping into diverse characters, the actress is all set to travel to various cities for promoting her blockbuster movies.

This year is definitely a treat for her fans as she has two releases lined up Saaho alongside Baahubali fame Prabhas, Nitesh Tiwari’s Chhichhore and both have her looking extremely different from each other.