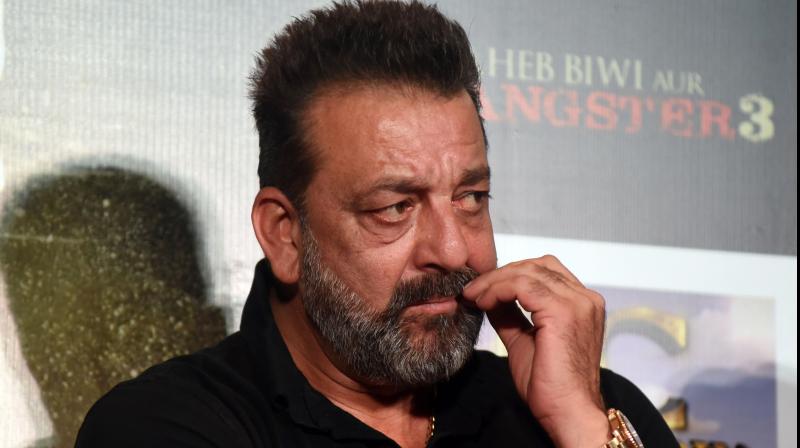 Although there has not been any official confirmation, several reports claimed that Dutt has been diagnosed with stage 3 lung cancer. Reports also claimed that he will be heading abroad for treatment.

Sanjay Dutt on Tuesday revealed he would be taking a "short break" from professional commitments to focus on medical treatment and requested well-wishers to not speculate about his health.

The 61-year-old actor, who was admitted to Lilavati Hospital over the weekend after complaining of breathlessness, was discharged from the medical facility on Monday.

Putting out a statement on Twitter, Sanjay said with people's love and support, he would be "back soon".

"I am taking a short break from work for some medical treatment. My family and friends are with me and I urge my well wishers not to worry or unnecessarily speculate. With your love and good wishes, I will be back soon!" he shared.

The actor's statement comes amid the speculation around the reason for his hospitalisation.

Sanjay is the eldest child of late Bollywood stars Nargis and Sunil Dutt. He has two sisters -- Priya Dutt and Namrata Dutt. He is married to Maanayata Dutt with whom he has two children, a son and a daughter.

He also has a daughter Trishala Dutt from his first marriage to Richa Sharma. She died of brain tumour in 1996.

On the work front, Sanjay is currently awaiting the release of "Sadak 2" and "Bhuj: The Pride of India", which will premiere on Disney+Hotstar.

He will also star in the second installment of "KGF" and "Shamshera", alongside Ranbir Kapoor.