Actress-cum-entreprenuer Dia Mirza walks the talk when it comes to environmental issues. 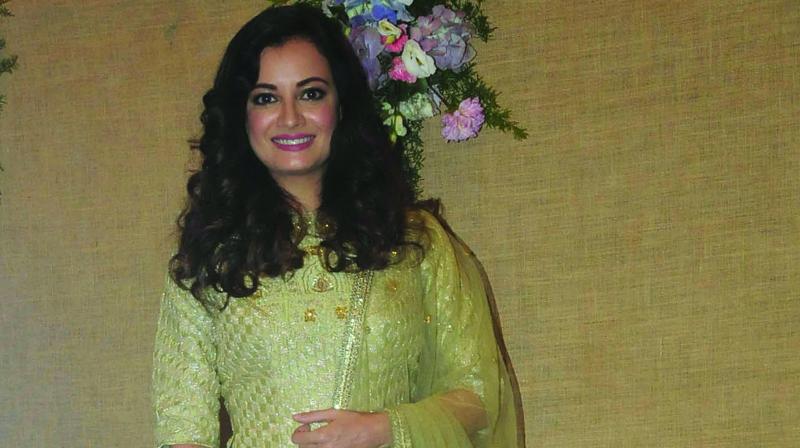 The Bollywood marquee may not have seen much of the beautiful Dia Mirza in recent years but that definitely does not mean the pretty actress has been sitting idle, tending to her home. On the contrary, Dia does not have a minute to spare, so busy is she with a million things. Anybody following her Twitter account would be familiar with her strong stand on environmental issues, animal rights and atrocities against women. In  a candid chat, Dia spoke out vociferously about the importance of protecting nature and for humankind to safeguard it.

The actor does not merely preach or voice her support for various environmental causes — she walks the talk. Just days before, on the morning after the Ganesh Visarjan in Mumbai, Dia was at the Juhu beach along with her husband Sahil Sangha, helping to clear away the debris and garbage left behind. Behind the China doll porcelain skin and delicate beauty is a backbone of steel.

Dia addresses her commitment to environmental issues as a matter of choice, “I think there are choices that we make as individuals. I have made some very conscious choices in the last five-six years. The first choice I made six years ago was that I would only be a part of work that I believed in and that I felt a great sense of pride and respect in doing.”

Dia then went on to pursue those choices, which were humongous and varied. She turned an entrepreneur and established her own film company, making films under the banner interestingly titled Born Free Entertainment. 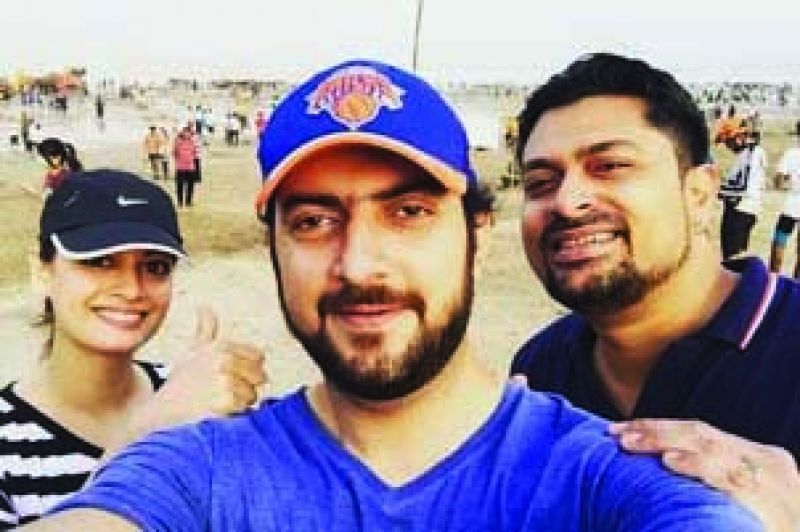 Dia Mirza at Juhu beach during a clean-up

“It was not just time-consuming but hugely gratifying,” she says. While Dia was focused on driving her film career to the next level, she also became involved with a lot of areas of human development and social change. She says, “I felt deeply connected with these issues and also personally anguished.” A question that had to be asked is why the cause of environment? She answers in a beat, “I focus as much as I do on environment and nature because I have come to believe that while India may have several problems that we need to address, deal with and improve on, the fundamental problem is about how we are treating our environment and what we are doing to it because that directly impacts the health and the wealth of not just the well-being of the people in the country, but also children and the elderly.”

As one of the most populated countries in the world, Dia feels it is time that the citizens become better stakeholders of their environment, because this is what feeds our rivers, cleans the air we breathe, provides for us and is the basic requirement of our health.

Dia adds that there is a lot of work to be done, “I am just really grateful that I have been chosen as the Ambassador of the Wildlife Trust of India. I am doing work with the United Nations Environmental Programme and am also the first artist ambassador for Save the Children in India.”

Phew, that’s a long list and an even huger responsibility on her frail-looking shoulders, but doing work for these organisations does not limit her in any way. “I do not restrict myself to just the work I do with them; I do a lot more,” Dia explains, adding, “Another conscious choice has been to integrate the idea that essentially as artistes we are communicators and that we can use the platform of engagement and entertainment to do social good.”

This is how Dia became a part of the television documentary titled Ganga — the Soul of India, for which she did intense research on the sacred river and which was completely unscripted. She reveals that she is currently working on a series called On Earth Heroes, which will be a travel documentary but a highly entertaining and engaging one. She mentions, “The idea is to make people feel inspired.”

Bollywood has to be talked about and Dia mentions that her ethos is reflected in the films she does. Dia will be seen in the upcoming Rajkumar Hirani-directed film — a Sanjay Dutt biopic — in which she stars opposite Ranbir Kapoor in the role of Sanjay’s wife Maanayata.