It was earlier announced that Punjabi actor Jassie Gill and actress Neena Gupta will be seen along with Kangana Ranaut in the film. 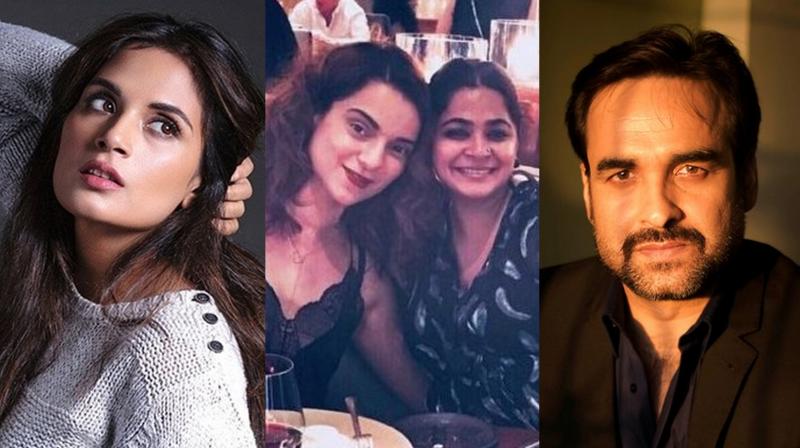 The actress who’s currently awaiting the release of her next, Love Sonia this week which has already been earning rave reviews, especially for her role will soon join the team Panga for the shoot of the Film. This would mark the Fukrey actress’ first time working with the exceptionally talented director. On the other hand, Pankaj has collaborated with Ashwini's on her last two films - Bareilly Ki Barfi and Nil Battey Sannata.

Richa posted on her social media with images of her own family, captioning it, “Parivaar ne saath diya, toh panga liya! My Family means the world to me & thanks to @ashwinyiyer and @foxstarhindi I have another family to call my own. Ready for some more #panga?”

परिवार ने साथ दिया, तो मैंने पंगा ले लिया। . . . . . My Family means the world to me ...thanks @ashwinyiyertiwari and @foxstarhindi ... you guys made sure I have another family to call my own. Ready for some more #panga? #PangaStories @roo_cha

While I'm blessed to have my family, I'm excited to be a part of my new #Panga family. पंगा लेने में मज़ा आयेगा जब पूरी फ़ैमिली साथ देगी. Thank you @ashwinyiyer & @foxstarhindi | In cinemas 2019 pic.twitter.com/ZWBaNoUpHC

The movie is produced by Fox Star Studios while ‘Dangal’ screenwriter Nikhil Mehrotra has helped Ashwiny with the screenplay and dialogues of the film.

‘Panga’ is slated to release next year and will be Kangana’s next film after her dream project ‘Manikarnika’ hits the theatre screens.