The “legal process” that Aamir refers to is the case filed by Geetika Tyagi against Subhash Kapoor at the Versova Police Station in 2014. 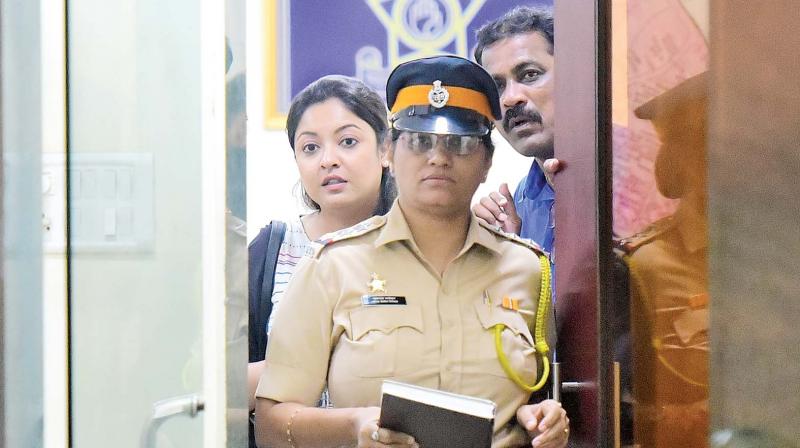 For a moment it looked like the Gulshan Kumar biopic, Mogul, abandoned earlier this year by Akshay Kumar, would be saved when Aamir Khan stepped in as a producer. In fact, it was even being said that Khan would play the lead role himself. But this Wednesday, the actor-producer announced his decision to drop out of the project to distance himself from director Subhash Kapoor, who has been accused of sexual harassment by journalist-turned-actress Geetika Tyagi. 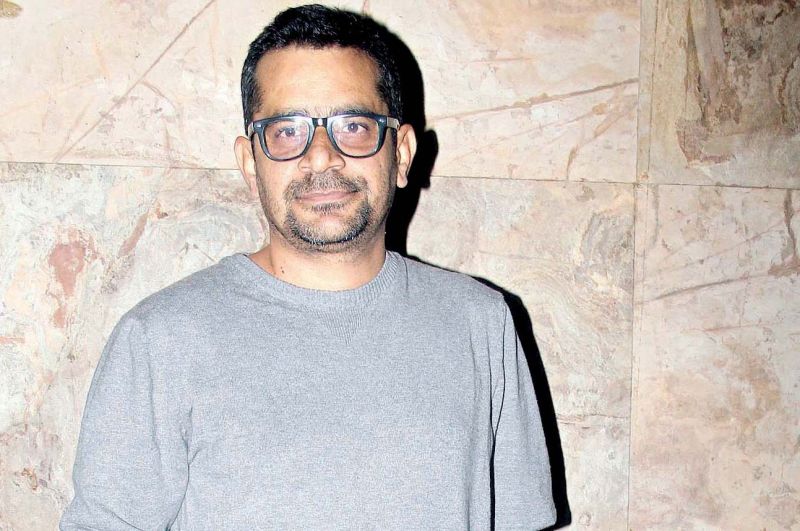 After attending a meeting of The Producers Guild of India to discuss Bollywood’s #MeToo movement, Aamir and his wife Kiran Rao issued a statement that reads, “Two weeks ago, when the traumatic #MeToo stories began emerging, it was brought to our attention that someone we were about to work with has been accused of sexual misconduct. Upon enquiry, we found that this particular case is subjudice and that the legal process is in motion.

We are not an investigative agency, nor are we in any position to pass any judgement on anyone. That is for the police and the judiciary to do so. So without casting any aspersions on anyone involved in this case, and without coming to any conclusions about these specific allegations, we have decided to step away from this film.”

The “legal process” that Aamir refers to is the case filed by Geetika Tyagi against Subhash Kapoor at the Versova Police Station in 2014. In her complaint, the actress said that the director had attempted to rape her, and she also produced a video of herself slapping him as proof of his misconduct. As a result, the cops booked Kapoor under Sections 354, 354A, 354B and 501 of the IPC for outraging a woman’s modesty, sexual harassment, attempting to disrobe a woman and defamation. 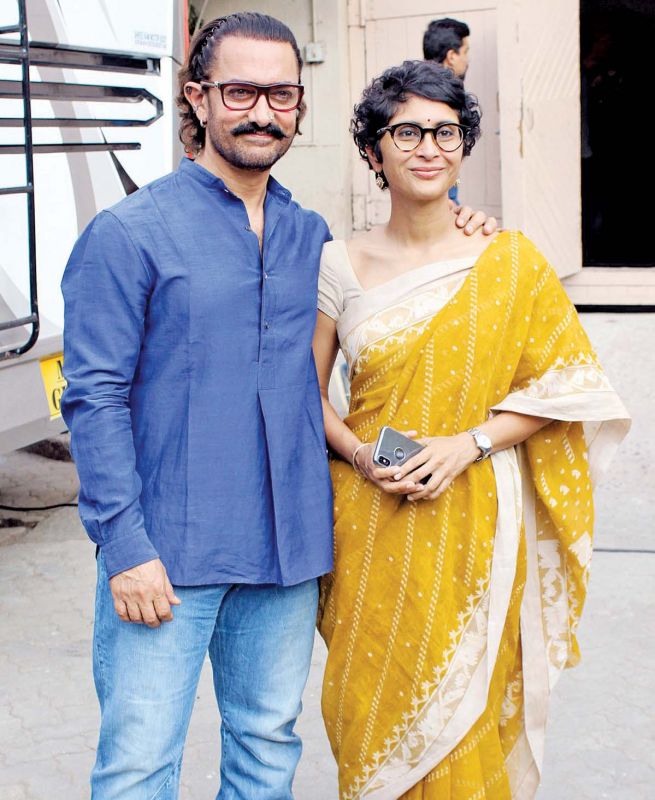 Recently, Geetika decided to bring it to Aamir’s notice that the filmmaker he was all set to collaborate with had serious charges pending against him, and now, the actor has decided to back away from the project. Given that his wife has been appointed to a new committee constituted by the Guild, it looks like he’s decided to clean up his own house first.

Geetika’s boyfriend, director Atul Sabharwal of Yash Raj Films, has thanked Aamir and Kiran through a tweet that reads, “This fills my heart and eyes. Thank you, Mr Aamir Khan and Mrs Kiran Rao.” 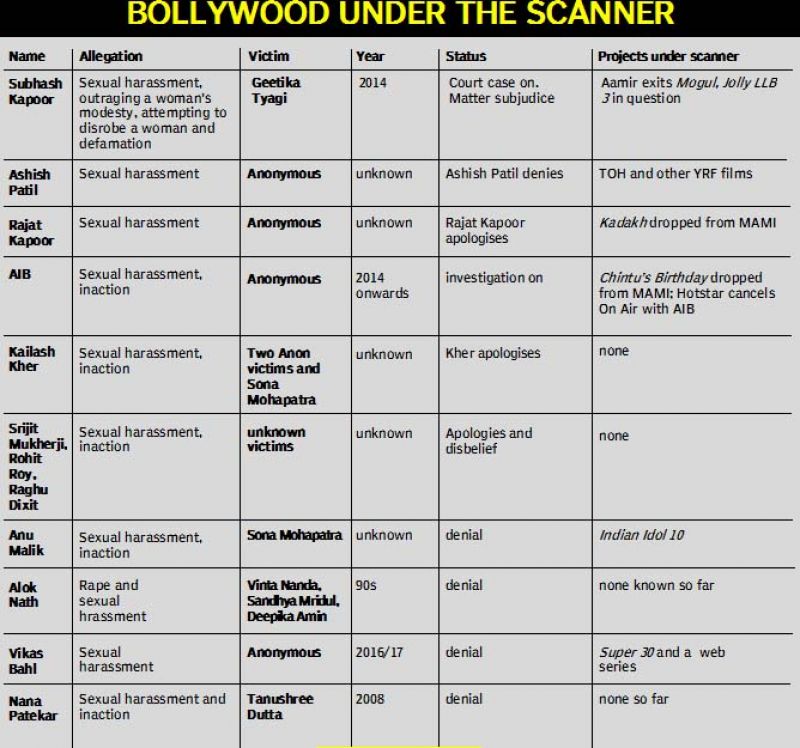 Now, Bhushan Kumar has sacked Subhash Kapoor in the hope that Aamir will return to the project. Interestingly, Kapoor was also named by Hirani as a possible director for Munna Bhai 3 a few years ago, but he was eventually replaced when Sanjay Dutt refused to work with him.

Meanwhile...
Yash Raj Films has also come under the scanner. The founder and editor-in-chief of Feminism In India, Japleen Pasricha shared a message from an anonymous person about Yash Raj’s creative head of Y Films Ashish Patil. The message from an allegedly aspiring actress and model read, “He immediately asked me to go out on a drive to continue and further the talks and I agreed. On the way, while talking, he would intentionally touch my hands and thighs.” The model also added that Patil forced a long kiss on her lips. Ashish Pail in a statement denied all the charges levelled against him by the anonymous model-actress. “I categorically deny the allegations that have been levelled on me. They are untrue, fabricated, extremely defamatory and agenda driven. I urge this woman in question to kindly step forward and produce all facts because I cannot prove my innocence to a nameless, faceless anonymous person.  It has also been mentioned in the published note that there is a friend who is aware of the situation. I totally respect the woman’s need to privacy, but I urge her to reveal the name of this friend and with whom we could connect to verify all facts related to this allegation. I will fully co-operate in any inquiry from any authorities and bring the truth out and completely clear my name,” the statement said. Ashish also heads Talent and Brand partnerships at Yash Raj Films.

Interestingly Aamir Khan’s next film Thugs of Hindostan with Yash Raj Films is up for release and Ashish is looking after brand associations for the film. It will be interesting to see what Aamir does in this case.