Anushka is planning on stealing SRK's most prized possession!

Anushka has plans of stealing SRK's valuable possessions and SRK cannot help but laugh over it. 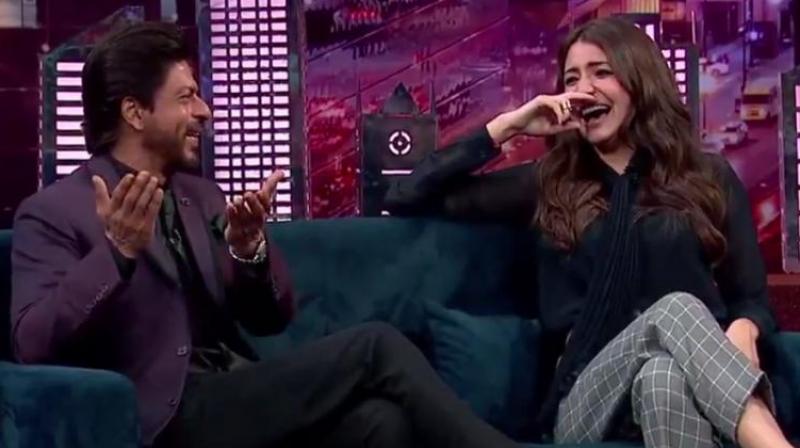 Mumbai: Anushka has some really wicked plans against Shah Rukh Khan and she revealed it all to her good friend Sajid Khan.

SRK and Anushka, who appeared on Riteish Deskhukh and Sajid Khan’s ‘Yaaron Ki Baarat’, were seen laughing their hearts out, almost constantly!

So when Sajid asked Anushka what are the three items she would steal from SRK, if she gets a chance. The ‘Ae Dil Hai Mushkil’ star jokingly said, ‘bohot saari cheezein hain (there are many things to steal)’.

First, she chose his collection of watches and revealed that she would sell them all.

The superstar found her choices hilarious and was seen laughing beyond control. The sport that he is, he responded saying 'atleast leave the vanity van, I will shift there with my family.'

What would @AnushkaSharma like to steal from her best friend @iamsrk? See #YaaronKiBaraat Sun 8PM only on @ZeeTV #SneakPeek @SimplySajidK pic.twitter.com/bMbA1U9hDh