Not bothered by note ban, I don't have money: Aamir

The actor was speaking at the launch of his latest song 'Haanikaarak Bapu,' from 'Dangal'. 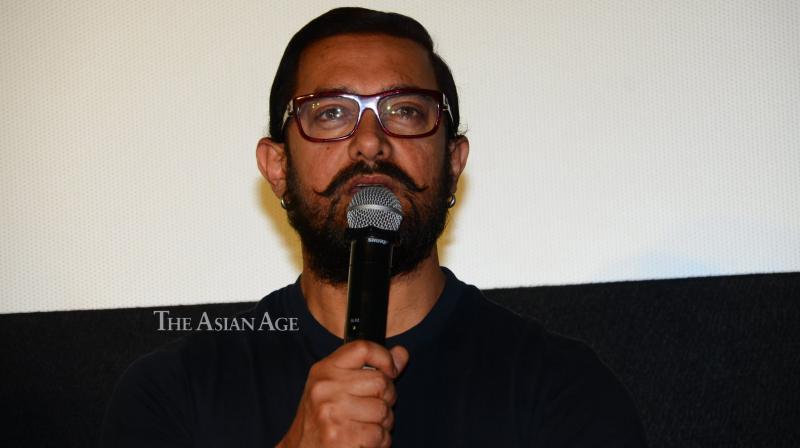 Bollywood stars have generally been extremely supportive of the PM's revolutionary move to curb black money, whilst lauding his initiation.

Mumbai: Aamir Khan knows how to tackle volleys and he knows it well.

Being no novice to dabbling in the 'art of dodging,' he can face all kinds of quirky question wittily and with much aplomb.

Aamir, who attended the launch of the song, 'Haanikaarak Bapu,' from his upcoming movie, 'Dangal,' along with child actors Suhani Bhatnagar and Zaira Wasim, was his usual composed self while answering questions posed at them, post the launch.

When one reporter asked him if he was affected by the overnight scrapping of the 500 and 1000 rupee notes by prime minister Narendra Modi, Aamir let out a hearty chuckle, and said he didn't have any money in the first place, to be affected.

Bollywood stars have generally been extremely supportive of the PM's revolutionary move to curb black money, whilst lauding his initiation.