Watch: SRK redefines cuteness as he struggles to speak Bangla! 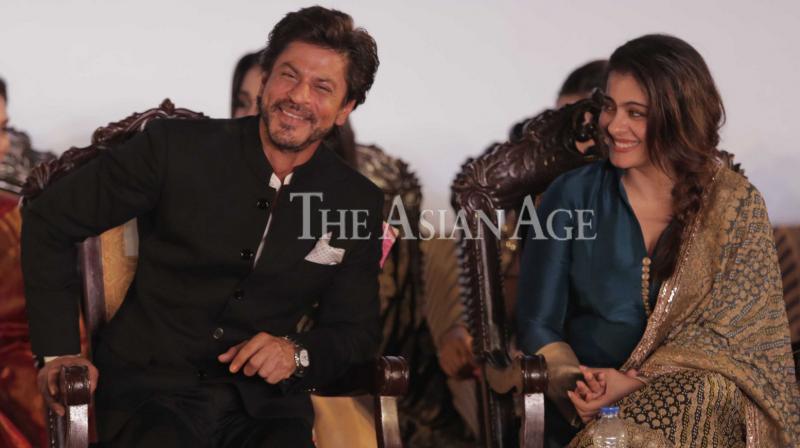 Mumbai: Superstar Shah Rukh Khan, who is the face of West Begal Tourism and owns the Kolkata Knight riders cricket team, was at his cutest best at the inauguration ceremony of Kolkata International Film Festival.

The crowd went bonkers laughing at SRK’s adorably broken Bengali and he enjoyed every bit of it.

“Bangla bolbo na eki kokhono hoye? (How can I not speak Bengali),” Shah Rukh asked the crowd. SRK apologised to Jaya Bachchan for his faulty Bangla and said that she could spank him later.

King Khan continued speaking in Bangla and confessed to the fact that he has made ample mistakes in his all-Bangla speech and its all his fault. “I hope you will forgive me for my mistake. Today I will speak in another language that’s the language of cinema. So please don’t laugh at me, I am getting there,” he said.

While it is no secret that he bowls us over with his innate swag, it was rather a refreshing change to see the megastar trying hard to grasp the language he has not grown up speaking in.

Watch Shah Rukh struggling with his Bengali accent as the audience roars in laughter: