On November 9, Kartik shared a picture of himself, announcing the start of shooting of Dostana 2 in Chandigarh. 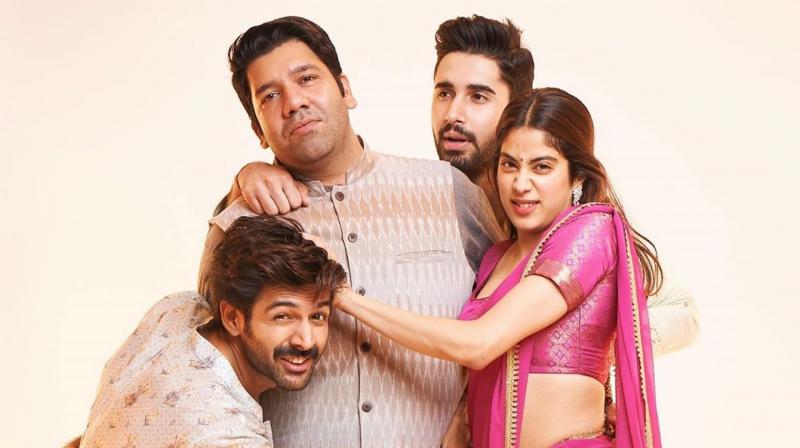 Mumbai: Kartik Aaryan, Janhvi Kapoor and Lakshya-starrer Dostana 2's shoot which was scheduled to take place in Delhi, has been cancelled due to pollution.

As per Bollywood Hungama report, the thick blanket of smog made the cast and crew difficult to breathe. A source told an entertainment portal, "The cast and crew couldn’t breathe. Visibility was so low that the camera couldn’t capture the shots properly. It was a no-win situation. The team decided to disperse until the weather improves.”

Apart from Kartik, Janhvi and Lakshya, earlier, Priyanka Chopra too faced a breathing problem and shared a picture of herself in a face mask by expressing concern over Delhi pollution last week during the shoot of her next Netflix series, The White Tiger.

Shoot days for #thewhitetiger. It’s so hard to shoot here right now that I can’t even imagine what it must be like to live here under these conditions. We r blessed with air purifiers and masks. Pray for the homeless. Be safe everyone. #airpollution #delhipollution😷 #weneedsolutions #righttobreathe

Meanwhile, on November 9, Kartik shared a picture of himself, announcing the start of shooting of Dostana 2 in Chandigarh. He wrote, "#Dostana2 Begins !!!”.