‘Can’t be on social media’

The actress on Mardaani 2, 15 years of Black and why she doesn’t have any social media apps on her phone. 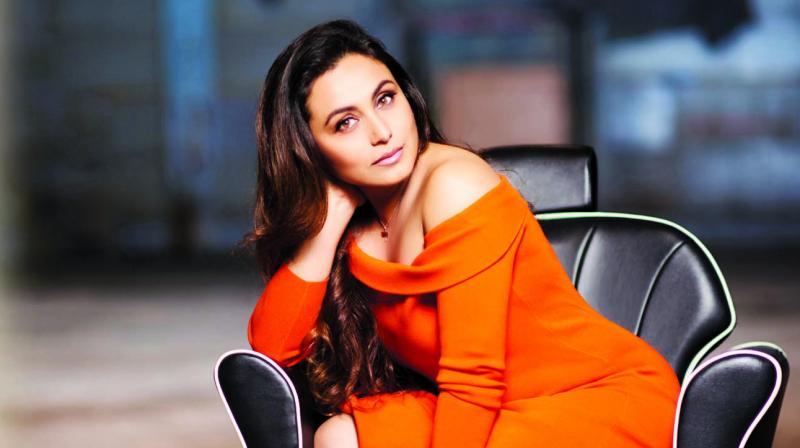 It is a known fact that Rani Mukerji can pull off any character with ease. She is slated to stun yet again with her next hard-hitting drama Mardaani 2, where she will be seen hunting a serial killer. The 41-year-old, who is coming back on screen after Hichki, is cool, calm, and confident about Mardaani 2. “If a film doesn’t do well, it’s not the end of somebody’s life. What if a film fails? You just work harder and do another film. I am not the kind of person who gets worried about all these things,” she explains.

Rani is reprising the role of the fearless and committed Superintendent of Police Shivani Shivaji Roy in the film, which has been given a U/A certificate by the censor board. The actress feels that the social message will now reach a lot more people. “I’m thrilled that Mardaani 2 has been given a U/A certificate from the censor board. This means the important social message of our film will reach a much wider set of people and we will make many more people aware of the growing social menace of violent juvenile crimes happening in our country,” she expresses, adding that the underlying theme of the film is an eye-opener for the society. “Our film has some very important things to say. We want the entire country to see our film to realise the threat that our families — especially our daughters — face today from nameless, faceless underage criminals who are around them, sitting next to them, and following them as prey. The U/A certification will help our cause in a big way.”

While Rani has clearly managed to stay popular and relevant, she has skipped past social media entirely. Claiming that she lives in the dinosaur age, she reveals that she is not even on WhatsApp. “I am not on social media, and because of this, I am happy in my space. Right now, if you look at my phone, I have no social media apps. There are only basic things like messages and phone calls. I am not even on WhatsApp,” she says. The Saathiya actress adds that her decision to avoid social media has caused a furore amongst her loved ones. “People are now irritated with me because they have to pay money to send me a message. They are like ‘why can’t you be on WhatsApp?’ to which I say, ‘No yaar, I can’t’. I like to be in this dinosaur age; it suits me better. I am one of those. It is very unfortunate but I just can’t be on social media. I would love to be on it but it’s not in me to be there,” she shrugs.

While she will end 2019 with a bang with Mardaani 2, next year is also particularly special for Rani because Black — the iconic film in which she plays a deaf and blind girl — completes 15 years. The Sanjay Leela Bhansali directorial received love from fans and critics alike and has been regarded as the actress’ best work. Looking back at this masterpiece, she gushes: “I don’t think Black is something that I or Sanjay Leela Bhansali or anybody can recreate. It was one of those blessings from those people at that point in time. That was just magic and is now kept for life.”

She went on to dismiss reports saying had earlier turned the film down “I didn’t decline Black, I just wanted to be sure if I would be able to pull of a role like this. But he (Bhansali) had the confidence in me. Sometimes directors and filmmakers actually play such a pivotal role in your career, and we as actors should give them the credit because if they were not in our lives, then we won’t be getting the kind of films that we have done. I always feel that their contribution to our lives is much more,” she clarifies in conclusion.