The movie is directed by Shashank Ghosh and written by Mehul Suri and Nidhi Mehra. 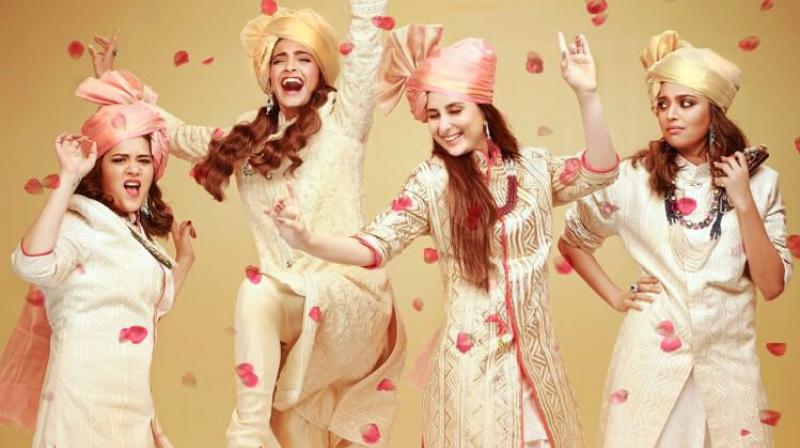 The movie, which was earlier supposed to release on May 18, will now hit the theatres on June 1.

May happens to be the time of IPL season, thus also not an ideal time for any movie to release. The most recent case of it was Parineeti Chopra’s comeback film ‘Meri Pyaari Bindu’ and ‘Half Girlfriend’ not earning enough at the Box Office. But then again, Alia Bhatt’s ‘Raazi’ had picked May 11th for its release. Maybe Sonam and Kareena did not want to face competition from Alia and Karan Johar?

There has however been massive anticipation surrounding the film ever since its announcement, as two power producers Ekta Kapoor and Rhea Kapoor came together to present a fun ride that explores the spirit of the modern day Indian woman.

Ekta Kapoor said, "This is definitely going to be a wedding to remember. We are happy to announce that Veere Di Wedding will release on the 1st June 2018."

Rhea Kapoor, "We are hoping that Veere Di Wedding will usher in a new phase in the Hindi film industry. Nothing like this has been attempted before and we hope it's a fun ride for the audience."

The movie is directed by Shashank Ghosh and written by Mehul Suri and Nidhi Mehra.