The filmmaker says that the Manikarnika actress was always her first choice for the kabaddi-based film. 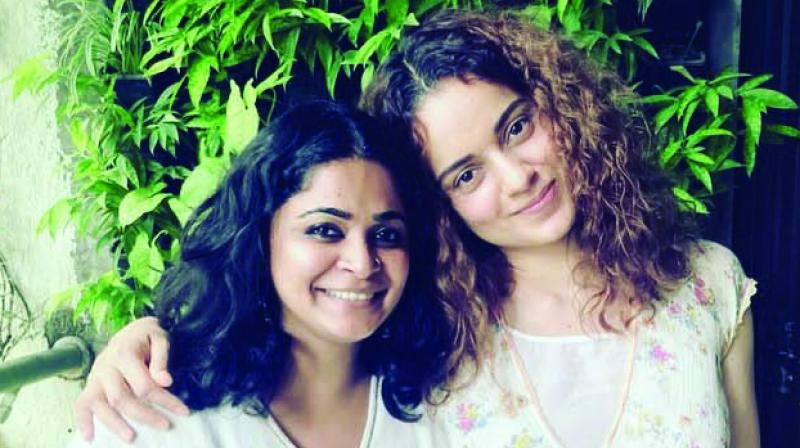 Director Ashwiny Iyer Tiwari may be known as the mind behind films like Nil Battey Sannata and Bareilly Ki Barfi, but she is all set to change the game with Panga, starring Kangana Ranaut.

The filmmaker says that the Manikarnika actress was always her first choice for the kabaddi-based film. “When I sent Kangana a message, informing her about the films I have done, she instantly called me up and humbly said, ‘You need not update me on the work you have done, I know about you.’ No sooner had I narrated the story to her, she got ready to be the part of Panga, and here we are now,” she says.

Tiwari adds that working with Kangana was a worthwhile experience. “I feel I am no one to judge her,” she explains, adding, “After having been associated with her, I find she has immense love for not only for her family members but also for those who are working with her. Being together during the making of Panga, we decided not to lose trust in each other. If at all we have any misunderstanding, we shall clarify it.”

After working with Kangana on this film, Tiwari is unable to understand why people do not get along with her. “We shoot like an army during our schedules. Every individual has mood swings, some days are good while other days may be bad. Actors have to be in their characters all the time in front of the camera so they can’t look sad. And because she is a superstar and has an aura around her, she has to maintain her composure even more. But at the end of the day, she is a human being — we all need to understand that,” she asserts.

Outside of work, Tiwari says she prefers keeping her life low key — she doesn’t watch many films, she lives in Chembur with her family (quite a distance from the hub of Bollywood), and she keeps to herself. “I don’t judge people, and maybe that’s the reason Kangana and I got along so well. My idea of filmmaking comes from within my belief,” the Amma Kanakku filmmaker shares, adding that her next project is based on Narayan and Sudha Murthy’s lives.

“The way they have led their life with honesty and integrity is my biggest inspiration. I am humbled and have a sense of gratitude to make Murthy. I am producing it as well. I met the couple and the experience is incredible. I am still writing the story. I am also working with Ekta Kapoor for a film which I am co-producing and writing as well,” she concludes.