Sonam Kapoor is definitely not resting on her recently-acquired laurels. 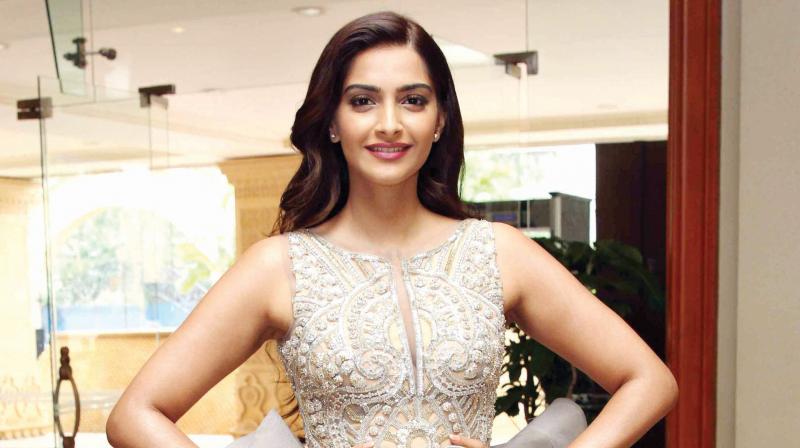 Sonam Kapoor has been basking in the success of her film Neerja, which has bagged a number of awards this year, but she’s looking forward for more. In a candid chat, she speaks about the films she has lined up over the upcoming year and how the audience has evolved over the years. Excerpts:

Are you on a signing spree now?
Well, I am doing some films. I am doing Balki’s film Pad Man, and I am doing Raju Hirani’s film as well. There is of course my sister Rhea’s filmVeere Di Wedding. So there are three films this year.

Do you have a substantial role in these films?
Yes I do. But I don’t look at any part as big or small. I feel every role has a certain power to it. In Delhi 6, I only had 35 minutes of screen time.  But I think I made my presence felt. It is not the size of the role. It is the gravitas with which you imbue a part.

Unfortunately, a majority of the audience is still unschooled in the art of film viewing. Don’t they evaluate a performance by its duration?
I disagree with you. That’s underestimating our audience.  The success of Neerja is testimony to the audiences’ maturity. If you look at the films that have done well recently they’re all deserving of success, whether it is Sultan, Dangal, or Neerja. They are successful and have good content. We’ve a very long way to go in terms of how our film industry perceives the audience.

Are you excited about your home production?
I’m very excited. We wanted to shoot Veere Di Wedding at a certain time of the year in a certain location. I was shooting two other films this year, so it got delayed. We are very excited about all these women in the film coming together to make something both entertaining and relevant .

What do you play in the Sanjay Dutt biopic?
I am not at liberty to say. But I am just excited to be working with Raju Hirani. Who wouldn’t be? Beyond this, I don’t have any plans for this year. I like to go with the flow.

Your mentor Sanjay Bhansali was roughed up by protesters. Any comments about that?
Frankly, I don’t think any human being should be made to go through what he did. I am very close to him so, of course, I was worried about him. We all need to be more compassionate, and we need to keep trudging on, pick up all the pieces and create something beautiful.

What else can we expect from Sonam Kapoor do this year?
Besides acting in films, nothing much. My campaigning for issues I believe in, will never stop. But I am an actor first and I shall continue to be an actor forever.