Amy, who has made a name in the South industry and has now apparently bagged this coveted role in Salman Khan film. 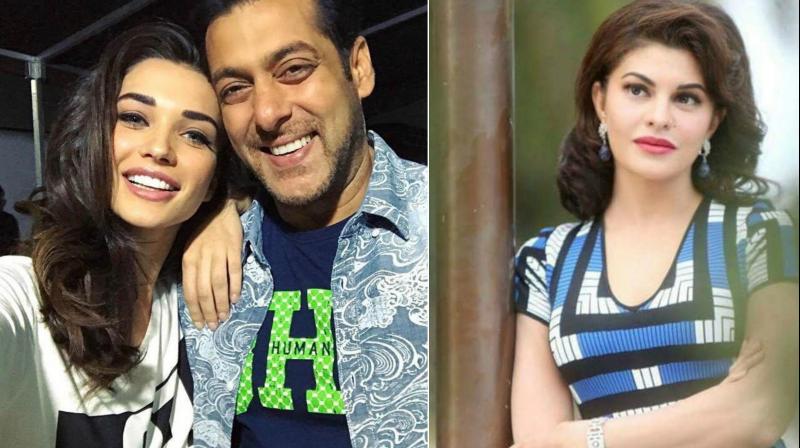 'Kick 2' will be directed by Sajid Nadiadwala and is slated to release on Christmas 2019.

Mumbai: Salman Khan will be back as ‘Devil’ in ‘Kick 2’, a sequel to his blockbuster ‘Kick’ starring Jacqueline Fernandez opposite superstar. ‘Kick’ marked the directional debut of producer Sajid Nadiadwala which set the box-office on fire in 2014.

There is a lot of excitement about which actress will star opposite Salman Khan in the forthcoming sequel. Speculations were rife that Jacqueline too would be reprising her role in the sequel, but now the reports suggest that Amy Jackson has been roped in to play the lead in ‘Kick 2’. Amy, who has made a name in the South industry and has now apparently bagged this coveted role in much anticipated sequel of a Bollywood film. According to some sources, Amy fit the bill perfectly and has made it to the final list of the film’s cast.

‘Kick’ was produced and directed by Sajid Nadiadwala. It was an official remake of the 2009 Telugu movie Kick. Apart from Salman Khan and Jacqueline Fernandez, the film also featured Randeep Hooda and Nawazuddin Siddiqui. Nawazuddin played the main villain in the film.

'Kick 2' will be directed by Sajid Nadiadwala and it is slated to release on Christmas 2019.

Meanwhile, Amy Jackson will be next seen in Rajinikanth-Akshay Kumar’s ‘2.0’, which is slated to release later this year. Salman Khan is busy shooting for ‘Race 3’ and has begun prepping for ‘Bharat’. The ‘Tiger Zinda Hai’ actor will reportedly go under extensive prosthetic make-up to look a certain age.