In an industry where being visible is a must, turning producers seems to be one way out for our stars. 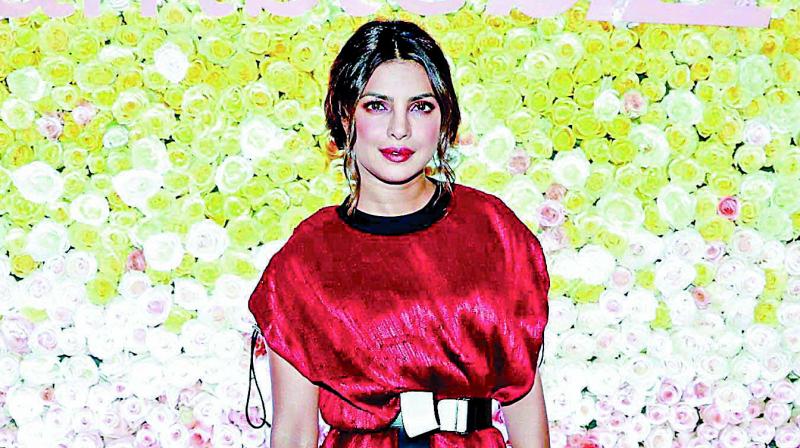 How does one manage to stay relevant in the film business that runs on ‘out of sight, out of mind’ philosophy? While many are struggling to stay visible, it seems our girl in Hollywood Priyanka Chopra Jonas has figured it out. Her recent announcement of pursuing the story of Ma Anand Sheela, as her next Hollywood project raised many eyebrows. The actress will not only be essaying the epynomous role but will also be producing the film. Is PeeCee putting in her own money for such an ambitious project a subtle acknowledgement that commercial Bollywood is done with her? Is the actress past her prime and the only way to do ‘meaty’ roles is by producing those films?

Priyanka is not alone in this bandwagon. Many of those who had taken even small breaks to focus on their personal lives or to pursue something else, face this dilemma; the shelf life, as they say, are too short for an actress. Of course, there are the likes of Kangana Ranaut, Kareena Kapoor Khan and Vidya Balan who are challenging the stereotypes surrounding the lead actresses but aren’t they too few?

When it comes to producting films, Anushka has been at the forefront among women. She launched her production house Clean Slate Films which has made films like NH10 (2015), Phillauri (2017) and Pari (2018) — all featuring her in lead roles. While they may not have been box office biggies, they managed to recover the cost of the production and a bit more besides a nomination for Filmfare Award for Best Actress.

Another example of taking the charge of producing good content and meaty roles is sister-duo Rhea Kapoor and Sonam Kapoor. While the latter isn’t producing the film, she is wholeheartedly supporting her sister in her venture and is also the leading lady in Rhea’s all films —Aisha (2010), Khoobsurat (2014) and Veere Di Wedding (2018).

The latest entrants in the world of producers are Deepika Padukone and Swara Bhaskar. While the former has teamed up with Meghna Gulzar for her film based on acid attack survivor Laxmi Agarwal, the latter has recently launched production house Kahaaniwaaley with her brother.

It is to be noted that these aren’t the only ladies who have launched their production houses. In the past, we have seen Preity Zinta, Ameesha Patel and Lara Dutta venturing into production—all in an attempt to relaunch themselves.

Surprisingly, that’s not the case with men. Even though it could turn into a retirement plan, the initial temptation has been business and money. Even though Shah Rukh Khan, who launched Red Chillies Entertainment in 2003, is considered the pioneer here, the trend dates back as far as 1949 when Dev Anand and his brother started Navketan Films that gave hits like Jewel Thief. In later years though, the actor used it to keep himself in the spotlight, starring in not-so-successful films. Actors like Aamir Khan and Ajay Devgn also have their production houses which were launched while they weren’t under any threat. However, it is perhaps not wrong to wonder if the actors are working towards their safe retirement plans. Amitabh Bachchan didn’t do well with his ABCL, losing crores and is now happy to just keep it simple, by selling every product from hair oil to innerwear and managed to stay relevant. Today, he has plenty of films in his bucket, all offering good roles.

What these ladies are also doing is seizing the moment. They own the space that is screaming for equal pay, equal roles and are cashing into the whole narrative that centres around women.

The male lead reportedly accounts for 35 per cent of the total film cost, what these women have done is to simply get rid of this cost with pivotal roles reserved for an actress, namely themselves. It does help that they can afford to do so.

However, what these ladies are doing is not revolutionary. Hollywood after the Harvey Weinstein scandal is speaking about sexism more openly than ever before, but years earlier Drew Barrymore, Sandra Bullock, Salma Hayek and many more were already producing movies they wanted to showcase. Reese Witherspoon says her mother once said, ‘if you want something done, do it yourself.’

But to say that it’s all altruistic would perhaps be a bit generous. The film industry both there and in Bollywood is a lucrative business and everyone wants a piece of the pie. Whether it’s the age or the roles, a production house is perhaps one way to stay relevant in an industry that puts you on a pedestal one day but forgets you even before the next Friday.