The film has shown growth in collections over the weeekend and Holi on Monday could also result in good collections. 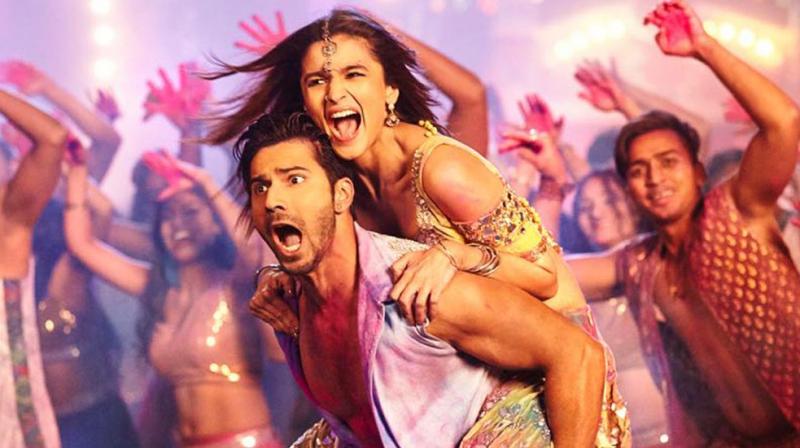 Varun Dhawan and Alia Bhatt in the title track of 'Badrinath Ki Dulhania.'

Mumbai: Alia Bhatt and Varun Dhawan are gradually turning out to be among the most loved couples in Bollywood.

After the success of their last film together, ‘Humpty Sharma Ki Dulhania’, their next film in the franchise has also done good business at the box office in the opening weekend.

As reported by boxofficeindia.com, 'Badrinath Ki Dulhania' collected Rs 42 crores at the box office in the opening weekend. While the Friday collections were Rs 12 crores, the film witnessed a growth over the weekend with Rs 14.25 crores and 15.75 crores coming over the next two days.

With the festival of Holi being celebrated in the country on Monday, the makers can expect another good day at the box office.

The response to the film has been positive, from both the critics and the audiences, and hence there is nothing that can stop the film from going all the way.

Despite ‘Dishoom’ and ‘Dilwale’ not exactly living up to expectations, Varun remains one of the few stars yet to give a flop at the box office.

Alia, too, has bounced back from the ‘Shaandaar’ debacle brilliantly with ‘Udta Punjab’, ‘Kapoor & Sons’ and now ‘Badrinath Ki Dulhania.'

The film has been produced by Karan Johar and directed by Shashank Khaitan.